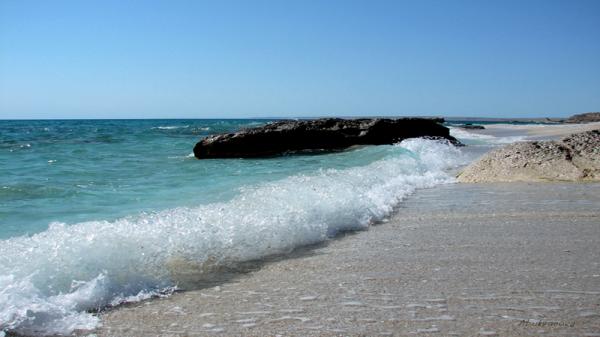 In early 1990s, the era of the Cold War ended with disintegration of the Soviet Union. As a result of this disintegration, new states emerged around the Caspian Sea. These former soviet republics are highly enriched with hydrocarbon and mineral resources. The only disadvantage to these resourceful states is that there is no direct access to open seas. As a result of soviet collapse, power vacuum emerged around the Caspian Sea. Political world-order was changed, bipolarity converted into unipolarity, and the US emerged as a sole superpower. In the newly established states, different state and non-state actors tried to fill the power vacuum in the region. There is the interest of different regional and extra-regional stakeholders in Central Asia. The US, Russia and China tried to fill the power vacuum in the region. Iran, Pakistan, Turkey, Afghanistan and Central Asian Republics (CARs) also have interests in the Caspian Sea region.

Central Asia is the crossroad of different cultures and civilisations. Many religions and civilisations emerged and spread to other regions from Central Asia. The historical Silk Route also passed through the region. Central Asia has had a great deal of geopolitical as well as geostrategic importance over centuries. British geo-strategist Sir Halford John Mackinder presented “The Heart Land” theory in 1904. He claimed the importance of the Central Asian region, and named the rivalry between the Russian empire and the Great Britain “The Great Game.” And after 1990, the concept of “New Great Game” emerged.

According to modern geo-strategists, there are two aspects of the New Great Game. The first and foremost aspect is to control hydrocarbon resources around the coasts of the Caspian Sea, and second is to grasp the transit of hydrocarbon through pipelines. As there is no direct access of CARs to opens seas, therefore, control over pipelines is fundamental. Oil production started in 1970s in Baku, which was transmitted through the neighboring state, Kazakhstan, via a pipeline to the USSR. The USSR kept the entire region underdeveloped, exploiting resources. Nevertheless, the main transit route of central Asian oil passes through Russia, and it would be undesirable for Moscow that oil from CARs states flow from routes other than Russia. In the pursuit of Russian national interests, Moscow wishes to maximise its political influence over the region through pipeline diplomacy to the European Union. Control over the Caspian Sea region by Russia would insure its control over hydrocarbon resources as well as its transit routes. An oil pipeline from Azerbaijan and Kazakhstan passes through Russia towards Novorossiysk port in the Black Sea. Similarly, Tehran shares its common interests with Moscow. Both the states have many reservations on western military presence in the region. Iranian costal line is the nearest and cheapest route for the resourceful landlocked region.

On the other hand, for the United States of America, Caspian Sea region’s oil reserves are the alternative source according to the US energy policy. Especially oil and gas reserves of Kazakhstan and Turkmenistan are highly important for the US and European industry because of the expected exhaustion of Alaska oil deposits in the North America. Different American oil companies like Chevron corporates are building oil pipelines in the region after Soviet disintegration. The main American objective is establishing pipelines that bypass Russia and Iran. Along with energy politics, Washington wishes for a stable and democratic Central Asia. The US wishes to finish instability in Afghanistan, Caucasus and Transcaucasia, and to prolong its presence in the Manas base near Bishkek to keep eye on the region. Reduction of Russian control in the entire region is very critical for America. Increment in oil consumption and because of 1970’s oil crises, the US want alternative energy hubs instead of the OPEC. All these initiatives are to meet the objectives of the so-called New Great Game.

Another important player of the New Great Game is China, which has direct geographical proximity with Central Asia. Most of Chinese minorities belong to Caucuses and Central Asia. China is also worried due to American presence in the region. The strategic balance in the region is shifting, and American presence in the neighbourhood of the rising China may be harmful for Beijing. Extremist groups of Central Asia are a threat for China, as they are behind the unrest in the Xinjiang province. In the Caspian Sea region, there is a bunch of economic activates for China. CARs’ energy resources are pro-vital for Chinese energy needs, and therefore, China is investing in infrastructure of CARs. China is establishing rail and road networks as well as runways and airports, and planning to rebuild the old silk route, which will connect China to European states as well as the Middle East and North Africa. Central Asian states also welcome Chinese investment in the region. According to the Daily Times (April, 29, 2013), trade volume grew to 40.2 billion dollars between China and CARs.

Whereas energy resources of the region have high significance for regional as well as extra-regional players, a tug-of-war situation exists between these players. Industrialised world is highly dependent on energy resources, and each player wants to dominate the region in order to extract these resources that are now becoming the apple of discord. A strategic triangle between Russia, America and China covers the resources of the region, and now future political scenario would decide who wins this musical chair.

The writer is a scholar of International relations at the National Defence University, Islamabad

€2b to be invested in Greece within TAP project   About €2.3 billion of direct investment will be made in Greece ...