The fascinating land of Dagestan History 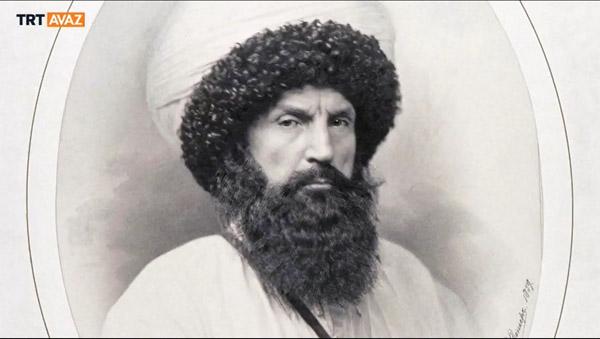 The Republic of Dagestan set on the Caspian Sea between the staggering Greater Caucasus mountains is a wonderland of ethnic and cultural diversity.

Dagestan surrounded by the Caucasus mountains on one side and the Caspian Sea on the other, is home to a myriad of ethnic groups of which more than 30 different languages are spoken, and has thousands of years of history and is reknowned for its natural beauty.

The multicultural background of Dagestan is the base for the Khazar's, Arabs, Turks, and Russians. Established on land spanning over 50,000 km, Dagestan is one of the first places that was introduced to Islam, and has one of the first mosques built after the declaration of the republic as well as many graves that belong to many of the companions of the Prophet Muhammad - for this reason many people Dagestan hold sacred the land and believe it is a trust to be taken care of. It is home to the poet Rasul Gamzatov and the revolutionary Imam Shamil. There are thousands of visitors to the region each year, from neighbouring countries like Azerbaijan, Chechnya and Georgia with the visitor numbers increasing each year according to Polat Nametullaev, who is in charge of the Derbent region in the Department of Tourism.

"During the Soviet era, Dagestan was one of the prime tourist hotspots in the region however it lost this feature after the violent incidents that took place in the 90's. However it has recently regained popularity - Dagestan has fertile soil and the quality of the products ranging from tomatoes to pomegranates is above Russian standards".

There is a considerable amount of historical and cultural buildings numbering nearly 15,000 in Dagestan. Many sacred places including a region called Narinkala, a well preserved citadel in Derbent, carries not only value in Dagestan but also the entire of Russia. Derbent also claims to be the oldest city in Russia with historical documentation that dates back to the 8th century BC.

Considered the symbol of Dagestan, Naginkala was built approximately 1,500 years ago and occupies nearly 4.5 hectares. It has also played host to many cultures including Iran, Russian, Arabs and the Mongols, and whilst providing a crucial passageway at times it has also closed its doors - though it has opened them for many interesting people over time including Marco Polo, the philosopher Herodotus as well as famous Russian writers and Europeans.

Derbent itself resembles a huge museum and has magnificent mountains and a beautiful shore nearby which possesses much touristic potential - this was increased by UNESCO's classification of the citadel, ancient city and fortress as a World Heritage Site in 2003; however, instability in the region has held back much needed development.

The Folk Art Center Director Marina Abramkina has said that Dagestan has many handmade crafts, "We opened the center with the aim of creating a space that is natural to Dagestans culture. The workshops are open to the public and many of the works here on display have been done by our students. Works completed here doesn't just stay in this region but travels to many parts of Russia. But its not just the craftworks that is valuable. It has created a bridge for friendship. People from different countries come here to visit and work with the locals. There is a cultural exchange that has been in place here for centuries, and we continue this tradition here.".

Some of the various artists come from different artistic backgrounds. The Dagestan Union of Artists also have an exhibition hall which features students from urban areas and also brings together examples of pop art. Amirhan Magomedov is of the most renknowned artists of the region.

In addition, there are different craftsmen from different areas. Gold designers are usually from the Dargins regions whereas those from Laklar specialist in ceramic design; those from Avar specialize in metal marquetry with woodcarvers usually hailing from the mountainous regions of Dagestan.

For centures, Dagestan has been home to many ethnic groups yet many of these were also Muslim. For this reason, Islam has influenced many areas from daily life to how the state is run - the first mosque in Dagestan is also located in Derbent. Work hours are also adjusted according to the prayer times of the day. For the Russians of Slavic background, and for the Jewish population, churches and synagogues also carry on their activities.

The Cuma Mosque is built on 6,000 square metres and can hold up to 6,000 worshippers. Used as a prison during the Soviet area, the theological schools built 600 years ago are also in use today. With a Muslim population over 90%, there are nearly 500 Quran courses and nearly 100 Quran schools. During the Tsarist era, there were nearly 1700 mosques and today it has still not been able to reach that number.

The Central Mosque built in the capital city of Makhachkala twenty years ago is one of Europes biggest mosques and holds up to 17,000 worshippers at any given time. The conquest of Dagestan played a significant role in the spread of Islam. The tombs of many of the companions of the Prophet Muhammad is also testament to this significant turning point. To the north of the town is the monument of the Kirk-lar, or forty heroes, who fell defending Dagestan against the Arabs in 728 which till today is a significant site for visitors to the region.

IIKSS - Azerbaijan and Kazakhstan have held consultations on the legal status of the Caspian Sea in Baku. ...

Moscow wants to ease customs procedures for Iranian agricultural products and speed up their delivery, according to Russian Deputy Agriculture ...