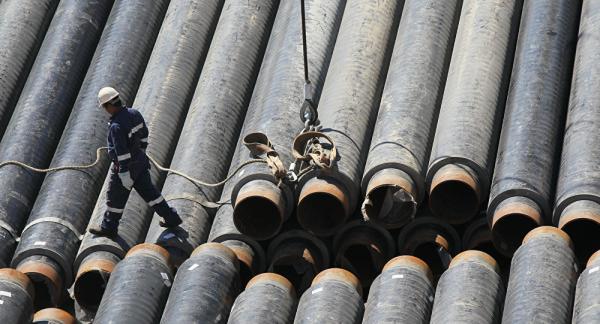 The European Commission has approved the agreement between the Greek authorities and the TAP AG company on the construction of the Trans Adriatic Pipeline (TAP) gas pipeline bringing Azeri gas to Europe, the commission said in a statement on Thursday.

BRUSSELS (Sputnik) — According to the statement, the Greek investment incentives for the project are "in compliance with state aid rules."

"The Trans Adriatic Pipeline will bring new gas to the EU and increase the security of energy supply for Southeast Europe," Commissioner Margrethe Veestager said, as quoted in the statement.

As part of the deal, the TAP AG will be granted an eased tax regime in Greece for 25 years.

The Trans Adriatic Pipeline is the European leg of the Southern Gas Corridor, which aims to connect the EU market to new gas sources. The TAP will transport Caspian natural gas to Europe, crossing Greece, Albania and the Adriatic Sea, then coming to Southern Italy to connect to the Italian gas network. The TAP AG is owned by several energy companies from Britain, Azerbaijan, Belgium, Italy. The pipeline is expected to have an initial capacity of 10 billion cubic meters of gas per year.

IIKSS- A ceremony to sign documents between Azerbaijan and Qatar has been held with participation of President of ...