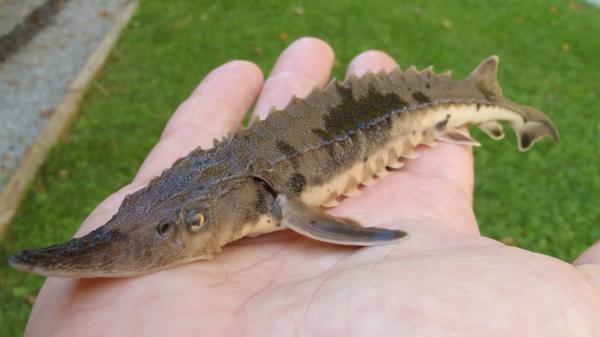 A new WWF report warns that in the past three decades global catches of sturgeons and paddlefishes have dropped by over 99 per cent.

Released on the eve of World Migration Day, the report, Saving Sturgeons, highlights the main threats that the species are facing around the world.

Although they outlived the dinosaurs, today up to 23 of all 27 sturgeon and paddlefish species are on the verge of global extinction according to the International Union for the Conservation of Nature (IUCN). The IUCN considers them the most threatened group of species on Earth. Four species are possibly already extinct.

Overfishing – which goes on despite the fishing bans in place in key sturgeon fisheries – and the human alteration of rivers are among the main threats that these fishes are facing.

Physical barriers like dams block migration and disrupt the natural flow of rivers, which is critical for spawning. River channelization, straightening and navigation are also part of the problem.

In its new report, WWF calls for coordinated global actions to help sturgeons and paddlefishes bounce back from the brink of extinction.

“Now is the time, if ever, to take urgent actions to reverse this trend. A concerted, international conservation approach can help these archaic giants of the water remain a source of pride and livelihoods for centuries to come”, said Deon Nel, Global Conservation Director at WWF.

The species is facing extinction all around the world, from areas in north America to Europe and Asia. However, the situation of sturgeons is most dire in the Caspian Sea and the rivers draining into it.

Dam construction on Europe’s longest river, the Volga has turned the river into a chain of pools with slow-flowing waters full of blue-green algae and inflicted a mortal blow to all river species, and most of all to sturgeons.

“Danube sturgeons used to travel from the Black Sea as far up as Vienna and further up to Germany, covering distances of about 2,000 kilometers! But such migrations have been impossible for a long time now”, said WWF’s species expert Jutta Jahrl.

“Of the six Danube sturgeon species, one is now considered extinct, one is suspected to have met this fate, and three are critically endangered”, Jahrl said.

The problem of depleting stocks is not confined to sturgeons. The majority of native, commercial and recreational fish stocks are threatened around the world or are declining rapidly.

Species like salmon, shad, giant catfishes, dourada and eels all migrate between the sea and the rivers to complete their life cycle and depend on free-flowing rivers.

The report highlights the need to work in four areas to protect the species: addressing overfishing, identifying and protecting key habitats, doing conservation stocking and raising public awareness of the enormous cultural, commercial and ecological value of sturgeons.

In a week that saw Russia pulling some of its armed forces out of Syria and signs of increasing cooperation ...

Results from ORG’s recent studies of four exploration blocks in the Iranian sector of the Caspian Sea look promising, ...

Oil in the Caspian Region

The Caspian Sea region has become a central focal point for untapped oil and natural gas resources from the southern ...