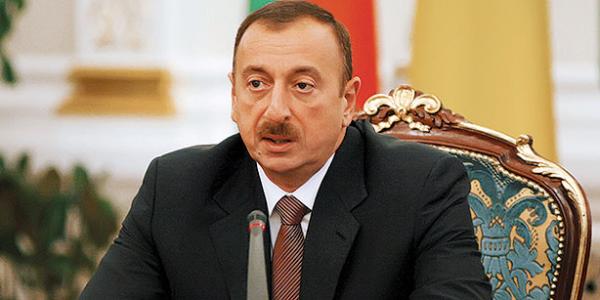 Energy-rich Azerbaijan and its core partner in major energy projects British BP are eager to continue this successful cooperation for many more decades in a move that will boost the country’s growth prospects.

Very important projects had been implemented in Azerbaijan under BP-Azerbaijan cooperation, which spans more than 20 years, said President Ilham Aliyev as he received a delegation of members of the BP Board led by chairman of the Board Carl-Henric Svanberg and including BP Group Chief Executive Bob Dudley on May 24.

President Aliyev said he was proud that Azerbaijan became a modern, developing country, adding that this was possible through huge investments made in the energy sector.

BP has been at the forefront of Azerbaijan’s energy industry since the first years of the country’s independence. A copestone of the company’s business in Azerbaijan has been its close cooperation with SOCAR. The company’s technology and know-how and commitment to work with the country in the years have always been applauded by the state.

Saying that vital projects had been implemented in the fields of production, exploration, transportation and others in Azerbaijan ever since, President Aliyev stressed that the country was on the verge of realizing an energy project, which was of not only regional, but also global importance.

Highlighting the significance of the Southern Gas Corridor project, designed to bring Shah Deniz Gas to Europe, in terms of energy security and diversification, President Aliyev said the project would contribute to the expansion of cooperation among many countries.

BP controls the country's crucial energy projects and is its largest foreign investor. BP Azerbaijan is an operator of Azerbaijan's Azeri-Chirag-Gunashli (ACG) block of oil and gas fields, where the Azeri Light oil is being produced. BP is the biggest shareholder in the regionally strategic Baku–Tbilisi–Ceyhan pipeline, which carries more than 1m barrels of oil a day to Turkey.

With a 25.5 percent share, BP is also the operator of the Shah Deniz gas field, which translates as the King of the Sea. Shah Deniz has been pumping gas to Turkey since 2006 as part of Phase 1, while gas from its second stage is expected to reach Europe by 2019-2020 with production due to begin in late 2018.

Thanking BP for remaining committed to its cooperation with Azerbaijan, the head of state emphasized the significance of the fact that the company had a reliable partner in Azerbaijan such as the State Oil Company.

SOCAR-BP cooperation spanned 22 years he said, expressing his confidence that this collaboration would successfully continue in the years to come.

Svanberg, for his part, said he witnessed great changes in Azerbaijan since his last visit, adding that they were deeply impressed by the development processes in capital Baku.

He hailed Azerbaijan`s hosting high-profile international events, including Eurovision, European Games and Formula 1, adding that the foundations of all these accomplishments were laid with the signing of the Contract of the Century through leadership of national leader Heydar Aliyev.

Hailing BP-Azerbaijan partnership as strong, Carl-Henric Svanberg said they were proud of being involved in the projects aimed at ensuring development of the region.

Highlighting the importance of Shahdeniz-2 and Southern Gas Corridor projects, he said they will contribute to long-term cooperation between BP and Azerbaijan.

Currently, BP is looking for new areas of growth with a view to retain its position of a leading energy company in the Caspian Sea nation. SOCAR and BP plan to continue cooperation in implementation of Shah Deniz-3 project after completion of Shah Deniz-2.

Also, SOCAR and BP signed a memorandum of understanding (MOU) to jointly explore potential prospects in the block D230 in the North Absheron Basin in the Azerbaijan sector of the Caspian Sea.

As part of the government's plan to ensure that all of Azerbaijan's offshore waters are fully explored, this MOU gives BP the exclusive right to negotiate an agreement with SOCAR to explore and develop the block D230

Over the past 24 hours, Armenian armed forces have 86 times violated the ceasefire along the line of contact ...

Azerbaijan and Russia’s Karachay-Cherkessia Republic have the potential to expand cooperation in the industry, agriculture, investment, tourism and other ...