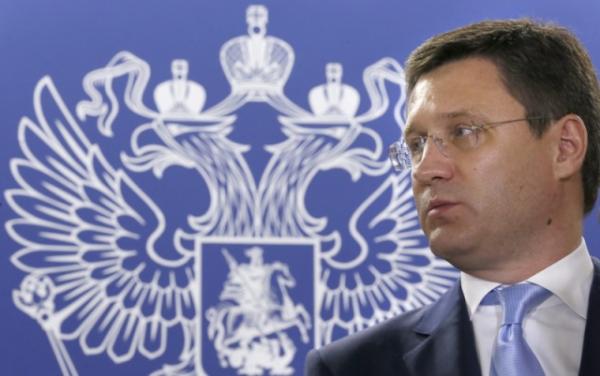 Russian Energy Minister Alexander Novak said on Friday that the natural gas pipeline planned to run from Russia across the Black Sea to Greece and Italy might pass through Bulgaria or Turkey.

Romania has not been considered as a transit option as this country does not have a common border with Greece, Novak is quoted as saying by TASS news agency.

The choice of the route depends on infrastructure development solutions to be agreed by parties participating in the implementation of the project and interested in being supplied with Russian gas.

Earlier this year, Russian energy giant Gazprom, Greek DEPA and Italy's Edison signed a memorandum of understanding on the construction of a pipeline across the Black Sea which would supply Russian gas to Greece and Italy via third countries.

According to Novak, the projected construction of the Trans-Adriatic Pipeline (TAP), which foresees the transport of natural gas from the Caspian Sea to Greece and Italy, will not interfere with the Russian project.

In his opinion, the foreseen current capacity of TAP, which does not exceed 10 billion cubic metres, is fairly small and European consumers need greater gas volumes and diversification of routes.

This statement comes only a day after an aide to Russian President Vladimir Putin said that the new pipeline from Russia to Greece might pass through Bulgaria.

Meanwhile, Putin is on a visit to Greece where he is expected to discuss with Greek Prime Minister Alexis Tsipras the realisation of possible joint energy and transport projects.

Among the possible topics of discussion is the revival of the South Stream project which was cancelled at the end of 2014.

Russia in Syria: Caught Between Iran and Israel

Intermittent Israeli strikes against Iranian positions in Syria have alarmed Russia, which is trying to solidify its military ...