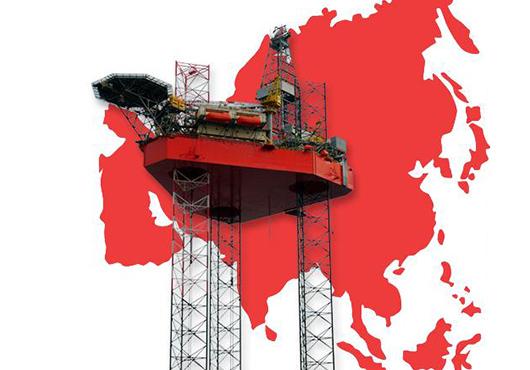 The Red Barricades shipyard in Astrakhan, Russia, has finalized a contract for the construction of five $200 million jack up rigs for Iranian firm SADID Industrial Group.

SADID and Red Barricades said that components for the jack ups will be constructed at Barricade’s yard on the landlocked Caspian Sea, but the rigs are intended for the National Iranian Oil Company's use in the Persian Gulf.  "We will make modules here [at the Astrakhan plant], which will be transported to the Persian Gulf . . . where they will be assembled, finished and commissioned with the participation of Iranian specialists, " said the yard's general director, Alexander Ilyich, speaking to Russia's TASS News. He added that the shipyard had prior experience in modular construction and expected no difficulties.

In addition to the unconventional logistics proposed for a two-yard construction process on two separate bodies of water, the agreement is a rare example of a new jack up order in a down market more generally characterized by newbuild delays and cancellations.

As of mid-2015, analysts with McKinsey found that "the majority of [rig delivery] delays appear to be focused on jack-up rigs. Unlike floaters, jack-ups are not expected to see much of a rebound in demand from 2017, and will rely entirely on retirements to tighten the market. As a result, only 10 percent of the jack-ups under construction have secured contracts to date." The firm cited 17 jack up contracts delayed as of that time; more recent examples include a delay at Cosco Nantong for one and a delay at Keppel FELS for five.

Earlier this month, the troubled South Korean shipbuilder DSME was also said to be close to sealing a deal with NIOC for five jack up rigs for approximately the same price, in addition to a deal for management and technology transfer for an Iranian shipyard. Russian media reports did not indicate whether the five jack ups from Red Barricades were in addition to or in place of the five jack ups said to be close to contract with DSME.

IIKSS-The International Ocean Institute (IOI) with the support of Turkmenistan’s Foreign Ministry and the State Enterprise on Caspian ...

US sanctions against Russia, Iran may negatively affect LUKOIL

UKOIL has certain risks associated with the negative impact of US sanctions against Russia and Iran on company’s shareholders ...