Free trade zone to start working in Azerbaijan from 2017 Investment 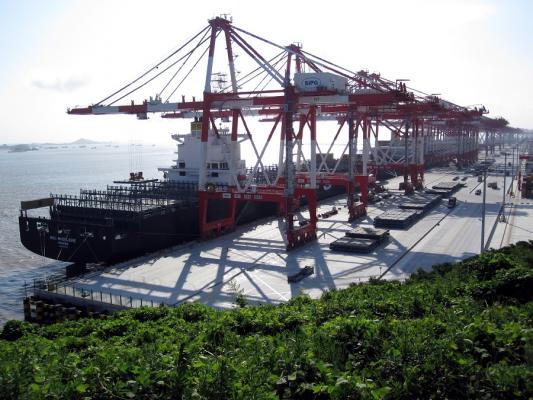 Registration of residents of the free trade zone in the territory of Azerbaijan's Baku International Sea Trade Port will begin from January 2017, Taleh Ziyadov, director general of the port, told reporters May 24.

Ziyadov said that currently, the preparation of a legal basis for the free trade zone's operation is being conducted.

"I think that its preparation will be fully completed until September 2016," he said. "We will start to register residents from January 2017."

Ziyadov noted that the port has already begun to attract major companies, including those from the US.

"During the Trans Caspian trade transit corridor "East-West" forum, which was held in April in Washington, we invited large US companies to invest in the free trade zone," he said.

"As you know, the US companies carry out extensive work in the territory of both Europe and China," noted the director general. "We would like them to choose Baku as their regional center."

The free trade zone envisages the development of transportation and logistics industry, the pharmaceutical cluster, common database of oil supply facilities, as well as the areas of manufacturing, packaging, labeling and consolidation.

The new Baku port is located at a strategic crossroad of Europe and Asia and close to major markets such as China, Turkey, Iran and Russia, and is ready to become Eurasia's leading trade and logistics center.