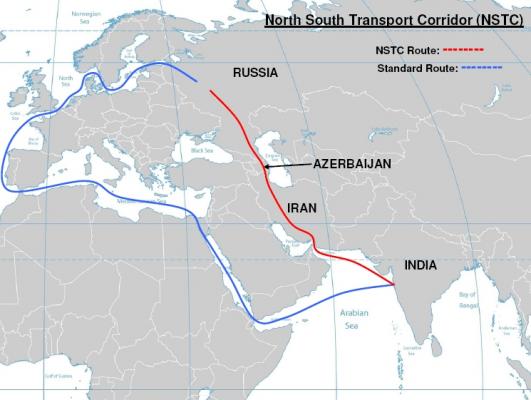 Imperceptibly though, Russia is certainly on course to building a chain of positive relations, if not strategic alliances, in the region surrounding it.

While the West and its strong allies in the region see the move as part of Russia’s “expansionism”, others view it as the Russian way of counterbalancing the U.S. position in the region.

Moscow is providing a number of erstwhile U.S. allies the much needed alternative to diversify their foreign policies. This diversification is visible across the region.

For instance, countries including India and Afghanistan have started supporting China’s stance on South China Sea.

Russia’s engagement with countries in the region implies, at least in theory,  far less dependence for them on the U.S. and its fragile commitment to their security — a commitment Washington did not adhere to in the Middle East.

Against it, the Russian alternative seems to hold huge potential for them since it is coming in the form of co-operation at state and bilateral levels and also at regional level through organizations.

Russia is going to hold its version of Russia-ASEAN summit and is also planning extended co-operation between ASEAN, Eurasian Economic Union (EEU) and Shanghai Cooperation Organization (SCO). Details of “consultations” between these regional groups are likely to emerge after the meetings.

Some regional countries like Philippines are already warming up to this idea. Speaking in Moscow on May 13, Philippine Ambassador to Russia Carlos Sorreta said, “The attributes of this cooperation reflect the potential for strategic partnership, but it will require us to work hard to bring together people and institutions.”

ASEAN itself is a huge market. Russia sees in it an opportunity to expand economically. ASEAN is one of the most successful international organizations in the world which unites 604 million people who produce over $2 trillion in GDP. It is a place where the world’s three most powerful states, the U.S., China and Russia, have been competing for influence for the past three decades.

Russia’s engagement with ASEAN and its enthusiasm for extended co-operation at regional and supra-regional levels have strong economic and strategic underpinnings.

As far as economic co-operation is concerned, the recent agreement between Russia, Iran and Azerbaijan on the establishment of a North-South Transportation Corridor along the Caspian Sea is likely to transform the economies of the entire Eurasia from Russia to fellow SCO country India. The corridor will connect some of the world’s largest cities including Mumbai, Moscow, and Tehran on to Iran’s Caspian Port of Bandar Anzali and from there on to Russia’s Caspian port Astrakhan at the mouth of Volga River.

The corridor will ultimately link India and Iran and Azerbaijan to the countries and markets of the EEU which include Armenia, Russia, Kazakhstan, Kyrgyzstan and Belarus.

From the strategic point of view, military co-operation is taking place and Russian policy makers have given considerable importance to it.

At the first meeting of Russia-ASEAN defense ministers held in April 2016, Russian Defense Minister Sergey Shoigu said: “We are focused on expanding [our] contact with the ASEAN counties in a bilateral format. For this purpose, a series of meetings with the defense ministers of the association member states has been scheduled, during which military and military-technical cooperation will be discussed in particular.”

The window for military co-operation between Moscow and some of the disgruntled U.S. allies such as Thailand has already opened up. Thai Prime Minister Prayut Chan-o-cha’s proposed visit to Moscow later in May is seen as an attempt to lessen Thailand’s traditional dependence on the U.S.

Russian military hardware can be seen in Thailand. Russian Mi-17 helicopters have begun to replace US Blackhawks. Thailand’s aging arsenal of American M-60, M-48, and M-41 tanks may soon be replaced by Russian T-90s.

US influence in the region is being increasingly challenged, if not replaced, because of its own interventions in the internal political matters of its allies in the region in the name of establishing “democracy” or protecting “human rights.”

As a matter of fact, prospects of extended co-operation between Thailand and Russia have brightened up, unwittingly perhaps, by the bad policies of the US and EU vis-à-vis Russia. While Thailand has since long been at the receiving end of the U.S. interventionism, Russia, too, has been forced to look toward to Thailand for agricultural imports due mainly to the US-EU sanctions imposed upon Moscow in the wake of the conflict in Ukraine.

By offering countries things that they have traditionally depended upon the U.S. for, Russia is seeking to build a network of relations that would allow it and the member states of ASEAN to operate relatively independently of the U.S. For Russia, least dependence on the US and EU for imports would allow it to pursue its objectives and protect its interests in Europe and the Middle East more aggressively.

Pragmatic as it looks, these developments can yield results that can withhold or limit the U.S. influence, if not eliminate it altogether, to an extent where the U.S. might find itself unable to operate through its traditional methods of domination and diplomatic coercion.

Salman Rafi Sheikh is a freelance journalist and research analyst of international relations and Pakistan affairs. His area of interest is South and West Asian politics, the foreign policies of major powers, and Pakistani politics. He can be reached at salmansheikh.ss11.sr@gmail.com