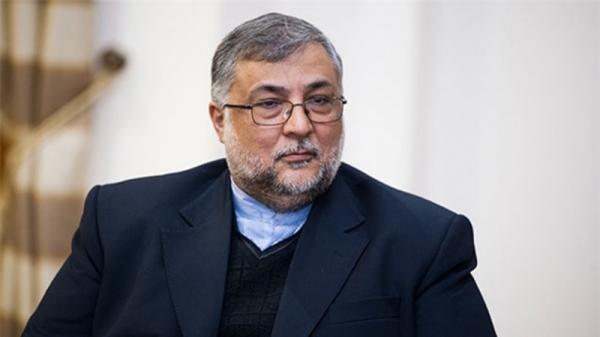 Head of Islamic Cultural and Relations Organization (ICRO) Abuzar Ebrahimi Turkaman in a meeting with Minister of Culture and Tourism of Azerbaijan Republic Abulfas Garayev discussed issues of mutual interests on Friday.

In the meeting, Garayev expressed pleasure for the development of ties between the two countries.
He added that historical, cultural and religious commonalties will help to the expansion and development of mutual relations.
Garayev said he will do his utmost to strengthen bilateral ties in the field of culture and tourism.
Ebrahimi Turkaman, who is in Baku at the invitation of Chairman of Public Committee on Religious Bodies Affairs, said he had very useful and important discussions with his host.
He expressed Iran's intention to develop ties with Azerbaijan Republic.
Head of ICRO arrived in Baku on Thursday for a 3-day visit.
He met with chairman of Public Committee on Religious Bodies Affairs on Thursday.
Turkaman is to meet with President Advisor and Head of Caucasus Muslims Bureau and visits a number of religious and cultural sites in this trip.

Shahdag among most popular resorts for trekking in CIS