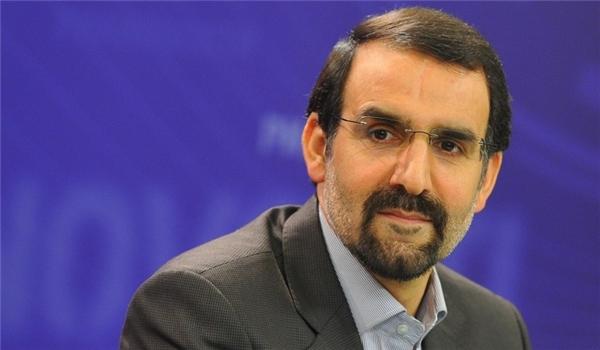 Iranian Ambassador to Russia Mehdi Sanayee in a meeting with Head of Moscow's Foreign Literature Library here agreed on the expansion of cultural cooperation.

'Iranian envoy lauded Moscow's Foreign Literature Library for installing the statue of great Iranian poet Ferdowsi inside the library,' Iranian cultural attaché's office in Moscow announced.
'I hope to witness effective activities in the cultural field with support of Moscow's Foreign Literature Library,' it added.
Moscow's Foreign Library Literature is one of governmental and big libraries of Russia that has been established in 1924 entailing several cultural centers, including International Iranology Foundation and Britain's Cultural Council.
In a relevant development, Russia Islamic Studies Foundation has taken part in Tehran International Book Fair.
The foundation announced in a statement that it will display its works in Tehran at the Russia pavilion.
The foundation will also hold a panel of discussion during the event.
Russia Islamic Studies Foundation which has so far published over 150 works in Russian language on various topics such as Quran, philosophy, mysticism, Islamic history, contemporary religious thoughts and Prophet Mohammad (PBUH) Infallible Household Imams' lifestyle is striving to develop affinities between the two countries.
The foundation has also translated large number Persian books into Russian language.
Tehran International Book Fair is a great cultural event which is held in Tehran every year.

Iran, Russia in talks over electricity exchange   A new report says Iran and Russia are in final talks over ...