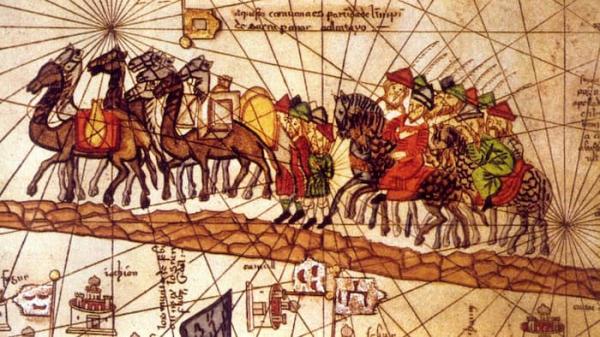 If the ancient Silk Road developed to enable trade in fine cloths and spices, the new one will transport computer equipment and frozen poultry.

In 2011, Hewlett-Packard started sending laptops and LCD screens from Chongqing in south-west China to Duisburg in Germany by train rather than boat, pioneering a renaissance in overland transport across central Asia.

To bypass Russia, US suppliers of chicken to Kazakhstan have begun shipping via the Black Sea and onward through Georgia, Azerbaijan and across the Caspian Sea to Kazakhstan, says Sanzhar Yelyubayev, chief executive of KTZ Express, the logistics subsidiary of Kazakhstan’s national rail company. “We are in the middle of practically all routes which come and go to China and Europe,” he says.

Across the region, overland trade routes, which through a combination of poor infrastructure and political problems have been neglected for centuries, are opening up.