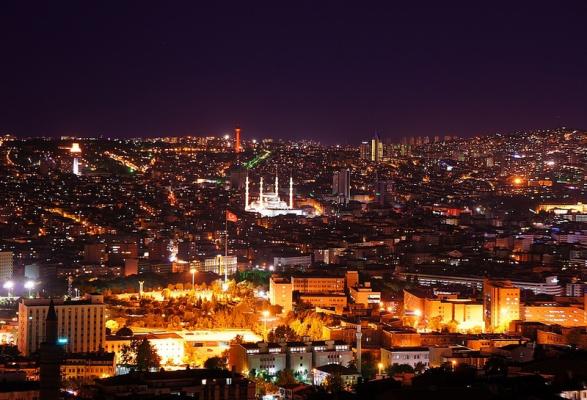 The decision aims to further strengthen the relations between Azerbaijan and Turkey.

Ankara, Turkey's capital and second most populous city after Istanbul, is a sister city of 46 world capitals. The city is regarded as a symbol for independence, development and Western values.

The city, is important to diplomats, bureaucrats, lobbyists and military, and has a few significant sights for visitors.

And while the dynamic street-life is enough of a reason to visit, Ankara also boasts two extraordinary monuments central to the Turkish story – the beautifully conceived Museum of Anatolian Civilizations and the Anıt Kabir, a colossal tribute to Atatürk, modern Turkey's founder.

Baku, known as home to an ancient civilization dating back to 5500 BC, is a compact city in which visitors can easily walk around the city center to see most attractions, along with a mix of architecture.

The capital is the location where past and present are intricately intertwined, having always attracted tourists.

The city has many monuments dating to ancient ages and medieval centuries within the district. Icherisheher, also known as the Old City, is the most magnificent of the historical monuments in Azerbaijan and is included by UNESCO among the world cultural heritage items. The Shirvanshah palace complex, which is another astonishing state historical architectural museum-preserve, is its masterpiece.

The open-air museum, and Baku’s most majestic and mysterious monument - the Maiden Tower or Giz Galasi - is also located here. Built in the shape of a cylinder on the Caspian Sea shore, the Maiden Tower is a structure which, rather like a buttress, sticks out from the cylindrical tower on the sea side.

The Flame Towers, the tallest skyscraper in Baku at a height of 190 m, is also a beautiful symbol of the city.