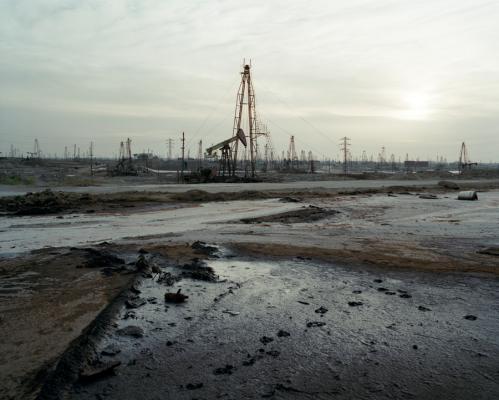 Turkmenistan's President Gurbanguly Berdimuhamedov has emphasized the necessity of accelerating the work on developing the country's large oil and gas fields and paying special attention to the Turkmen sector of the Caspian Sea, read a message from Turkmenistan's government.

This issue was discussed during a meeting of the country's Cabinet of Ministers. The deputy prime minister, director of the State Agency for Management and Use of Hydrocarbon Resources Yagshygeldy Kakayev delivered a report during that meeting.
Turkmenistan's Oil and Gas Ministry said in February that the Turkmenoil state concern will start to implement the plans for developing the Turkmen sector of the Caspian Sea.

Turkmenistan's marine resources are estimated at 12 billion tons of oil and 6.5 trillion cubic meters of gas, excluding the already contracted blocks. Such companies as Petronas, Dragon Oil, Buried Hill, RWE Dea AG, Areti (Itera) and Eni have been involved in the exploration work in the Turkmen sector of the Caspian Sea.

The total volume of investments made by the contractors operating in the Turkmen sector of the Caspian Sea based on the production sharing agreement (PSA), was estimated at over $3.5 billion in 2015, as compared to over $3 billion in 2014.