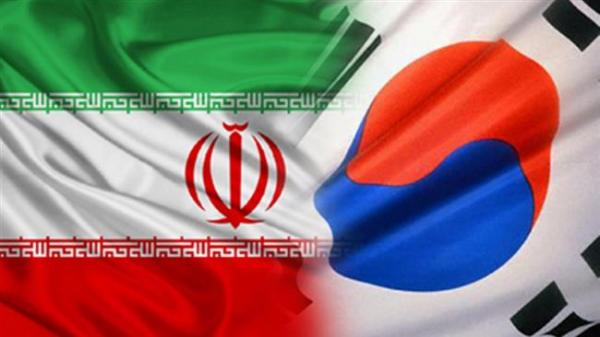 National Development Fund of Iran (NDFI) and the Export–Import Bank of Korea, also commonly known as the Korea Eximbank (KEXIM) have signed a memorandum of cooperation.

During the visit of South Korean president to Tehran, Chairman of Board of Executive Directors at NDFI and Seyed Safdar Hosseini and Chairman and President of the Export-Import Bank of Korea (KEXIM) Duk-Hoon Lee met and talked on Tuesday sealing an MoU between the two organizations.

Speaking at the meeting, Iran’s Seyed Safdar Hosseini pointed to the historical and deep-rooted relations between the two countries voicing optimism that NCFI can launch serious and effective collaborations with the Korean bank in the post sanction era.

Hosseini highlighted the role of NDFI in Iran’s National Development plans saying “currently, the main function of the fund pertains to improvement of infrastructures, boosting of exports as well as attraction of foreign investment.”

“we recommend the establishment of a joint with Korea Eximbank in order to finance the projects in private sectors of the two sides,” he continued.

The official further enumerated the attractive grounds for attracting joint investment in various areas of the Iranian economy; “at the present time, appealing projects are being implemented in areas of oil, gas, petrochemicals, electricity as well as transportation which all require proper financing.”

“Accordingly, a team of experts from the two financial institutions must conform to a specified schedule evaluating technical, financial and economic

“A team of experts from the two financial institutions must conform to a specified schedule to conduct technical, financial and economic evaluations as to initiate practical cooperation between the two institutions as soon as possible,” Hosseini highlighted.

Chairman and President of KEXIM Duk-Hoon Lee, for his part, noted the similar conditions of the two countries in geopolitical areas stating “as Iran marks the highway among Asia, Africa and Europe, similarly, South Korea plays the same role among Japan, China and Russia.”

Lee also recalled the ancient and long-time relations between the two countries adding “on its path towards development since the 70s, Korea has aimed at petrochemical and heavy industries and have fortunately been able to attain significant advancements in these areas despite all financial and technological limitations.”

“Given high potentials of Iran for development in terms of rich underground resources and smart human resources, the Korean side is willing to share experiences in the field of development and to mutually exploit those of the Iranian side in technical and economic areas,” he underlined.

Duk-Hoon Lee said “in view of significant resources of NDFI and KEXIM, the two institutions can form working groups to provide the ground for joint investment.”

Iran ready to swap oil with Russia   Oil Minister Bijan Zanganeh has reported on negotiations between Iran and ...