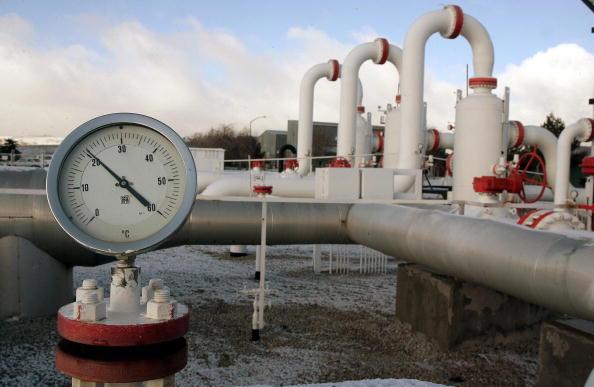 Council underscored the importance of the Greece-Bulgaria Interconnector and the construction of liquefied natural gas (LNG) terminals, in Croatia, as well as in Greece if there is market demand, said in a statement.

Today the Southern Gas Corridor is among the European Union's priority energy projects, which aims at the diversification of the EU gas supply sources and routes. The project envisages transportation of 10 billion cubic meters of Azerbaijani gas from the Caspian Sea region to Europe through Georgia and Turkey.

At the initial stage, the gas to be produced as part of the Stage 2 of development of Azerbaijan's Shah Deniz field is considered as the main source for the Southern Gas Corridor projects.

As part of the Stage 2 of the Shah Deniz development, the gas will be exported to Turkey and European markets by expanding the South Caucasus Pipeline and the construction of the Trans-Anatolian Natural Gas Pipeline (TANAP) and Trans-Adriatic Pipeline (TAP).

TAP project envisages transportation of gas from the Stage 2 of development of Azerbaijan's Shah Deniz gas and condensate field to the EU countries.

The 870-kilometer pipeline will be connected to the Trans Anatolian Pipeline (TANAP) on the Turkish-Greek border, run through Greece, Albania and the Adriatic Sea, before coming ashore in Italy's south.

The construction of TAP will start in May 2016.

IIKSS - Businessmen from the UAE and Afghanistan purchased gasoline produced at the Turkmenbashi complex of oil refineries ...

Azerbaijan, a country with a rich culture and centuries-old history, has a variety of architectural monuments and sights. Historical ...