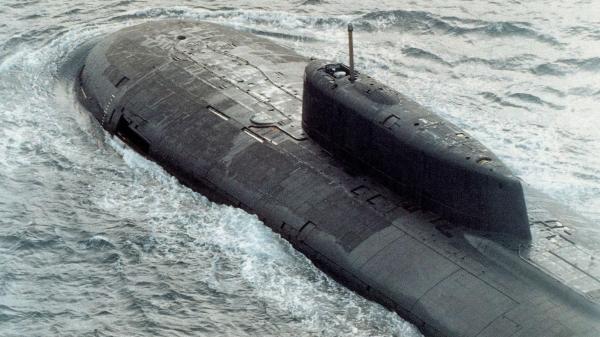 A Russian nuclear submarine fires a cruise missile from underwater during a show of military strength in the Arctic Sea.

The Severodvinsk submarine launched the Kalibr missile to destroy a coastal target in the Arkhangelsk region of Russia, during a combat drill.
Launching and then disappearing with a plume of smoke the missile went on to hit its target with 'high accuracy' reported a military source.

According to the Mirror a spokesman said: 'A strike group of the flotilla has conducted firing drills using naval practice targets and hit them successfully.'

It is believed that over 20 ships from the Caspian Flotilla took part in the combat drills.

The display could be seen as another example of Russia's armed forces flexing its muscles, with two fighter jets thundering past a U.S war ship earlier this month.

The Su-24 jets were said to be just 30ft above USS Donald Cook when they made the manoeuvre over the Baltic Sea.

Russia's defence ministers accused the Americans of trying to intimidate their government by allowing the warship to enter waters so close to its border.

Speaking at a recent meeting between NATO and Russia, envoy Alexander Grushko, said: 'This is about attempts to exercise military pressure on Russia.

'We will take all necessary measures, precautions, to compensate for these attempts to use military force.'

However, the United States said its guided missile destroyer was on routine business near Poland when it was harassed by Russian jets.

The move came as the country makes an effort to step up its presence in the Arctic region as it fights other countries over underwater mining rights.

By Felix Corley, Forum 18 News Service Police and officers of other security agencies raided 11 church premises and homes of ...