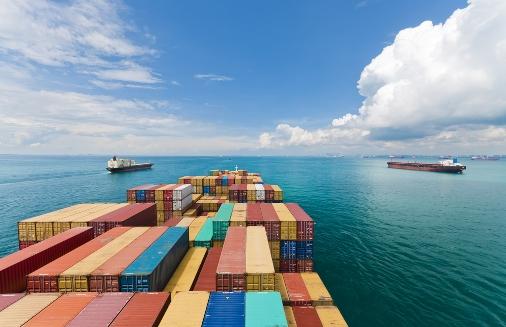 By using the Trans-Caspian corridor, shipments from Asia to Europe can be moved three times faster in comparison to the maritime route, said Azerbaijani ambassador to the US Elin Suleymanov's article, published in Washington Times newspaper.

"The transit corridor from China to Europe includes a sophisticated infrastructure and harmonized "software" of procedures and guidelines to speed up shipments of goods, shorten delivery times and decrease overall costs," the ambassador wrote.

"For American companies, the opportunities abound in a wide range of areas from logistics to construction to manufacturing to communications and services," Suleymanov wrote. "For instance, by using the Trans-Caspian corridor, shipments from Asia to Europe can be moved three times faster in comparison to the maritime route."

"Economic benefits are obvious; and so are the strategic ones," Suleymanov wrote. "Working with trusted partners to promote development, prosperity and security in one of the world's crucial neighborhoods is clearly in the United States' interest."

According to the article, importantly, this transit corridor is about public-private partnerships, where businesses, along with the region's governments, play a vital part in its formation.

"It is also about regional integration with the governments of Azerbaijan, Georgia, Kazakhstan and Turkey working together to synchronize efforts and make the transit as smooth and efficient as possible for its users," Suleymanov wrote.

"As they do so, they build on their earlier successful experience of building the East-West energy corridor, and especially the strategic Baku-Tbilisi-Ceyhan oil pipeline, delivering resources of the Caspian Sea to global markets," Suleymanov wrote.

"Trans-Caspian Trade and Transit Corridor East-West" large regional forum was held at the Johns Hopkins University in Washington on April 28-29, 2016. The forum was organized by the embassies of Azerbaijan, Georgia, Kazakhstan and Turkey in the US and brought together representatives from more than 50 major international companies.

A week before the one-year anniversary of the Iran nuclear deal, the Republican-led House approved measures aimed at blocking U.S. ...

BP Tries to Regain Footing as It Recovers From Spill

BP Tries to Regain Footing as It Recovers From Spill   Company aims to show growth but some ...