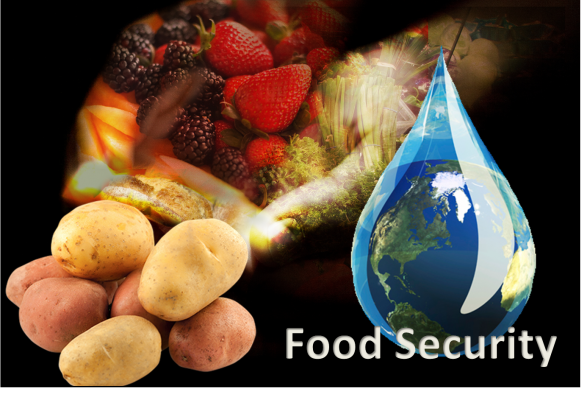 In many ways, the fight against global hunger has been one of the great successes of recent decades. According to the UN’s latest Food Insecurity report, the number of malnourished people in the world has fallen by more than 200 million since 1990, despite an increase in the global population of nearly two billion. Growing prosperity matched by an increase in agricultural productivity and better transport links has seen the proportion of under-nourished people fall from 18.6 percent to 10.9 percent.

But the world can’t afford to congratulate itself too loudly. The pace of reduction in hunger has declined in recent years as have increases in global crop yields. And even this undoubted improvement still means approximately 800 million people – one in nine of the world’s population – won’t get the nourishment today they need to enjoy a healthy and active life.

Daily hunger has a terrible impact on individuals and communities. It increases susceptibility to disease and cuts economic productivity. Poor nutrition is the cause of nearly half of all deaths of children under five and damages the physical and mental development of those who survive.

Underweight infants, for example, are more likely to have health problems in later life. Children who don’t get enough to eat do worse at school. It is hard to concentrate on learning when you are hungry even if you feel well enough to attend.

And our collective efforts to overcome global hunger are going to be made more difficult in future decades by the impact of climate change and the loss of fertile land and the lower yields it will cause. Many of the countries where the least progress has been made in tackling lack of food and poor nutrition are those which will be hit hardest by rising temperatures, erratic rainfall patterns and more frequent floods, droughts and storms.

It is against this challenging background that the first General Assembly of the new Islamic Organisation for Food Security (IOFS) will take place on April 28 in Astana. It’s the culmination of five years of hard work since Kazakh President Nursultan Nazarbayev called on the Organisation of Islamic Cooperation (OIC) to step up cooperation to tackle hunger.

Launching the initiative during Kazakhstan’s successful OIC chairmanship, he urged the creation of a new body which could couple the sharing of knowledge on improving agricultural productivity with the mandate and resources to respond to food crises within member countries. Twenty-four member countries have already taken all the steps needed to be part of the IOFS.

It makes sense for Kazakhstan to host the new organisation as Kazakhstan is not only a major producer of wheat but also one of the world’s largest exporters, including to fellow OIC members. New storage facilities and improved transport links will strengthen this role.

The development of port facilities on the Caspian Sea along with the opening of the rail link to Iran will enable grain to be exported much more easily and quickly from Kazakhstan across the Middle East and Africa. Large new grain stores, including in Afghanistan and Djibouti on the Red Sea, will not only help these exports but could also house large emergency reserves in case of a humanitarian crisis.

Enabling the OIC and its members to respond swiftly and effectively to famines caused by crop failures or natural disasters will be an important part of the work of the new organisation. This is more than just building up emergency reserves but also having the regional and national systems in place to give early warnings of crises and the know-how and resources to move food supplies to where they are needed.

But perhaps as important is the goal of the IOFS to help provide the expertise and research countries need to improve their long-term food security and resilience. This means undertaking research and exchanging information on the modernisation and sustainable development of agriculture. This includes finding solutions to challenges, such as desertification and soil erosion and promoting the innovative use of irrigation and better crops and seeds to grow food at a time of decreasing rainfall.

The fight against global hunger is at the heart of our ambitions for a more prosperous, fair and stable world. The first assembly of the IOFS is an important step towards this goal, which is why we all have good reasons to wish those taking part every success in their efforts.

Azerbaijan to cut oil production by 35.000 barrels per day

Iran to send its trucks to Europe through Azerbaijan, not Turkey due to PKK threat

Iran to send its trucks to Europe through Azerbaijan, not Turkey due to PKK threat   Iran is seeking alternative ...