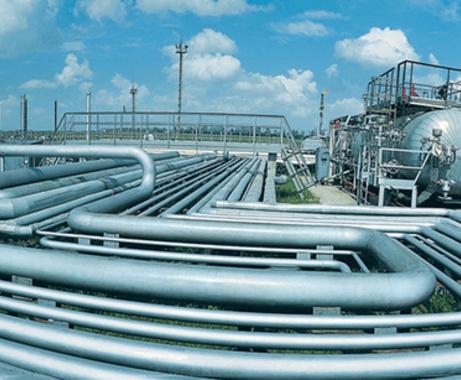 Turkmenistan, an energy-rich Central Asian nation with abundant oil and gas reserves, intends to realize its plans on developing huge hydrocarbon resources in its own sector of the Caspian Sea.

Turkmenistan’s state concern Turkmenoil will deal with implementing the development of the Turkmen shelf in the Caspian Sea, the reserves of which are estimated at 12 billion tons of oil and 6.5 trillion cubic meters of gas.

Turkmenistan, with its 265 trillion cubic feet of proven gas and 600 million barrels of proven oil reserves (EIA, January 2015), is actively implementing an energy strategy aimed at increasing exports of natural gas and diversifying its supply routes to the largest global markets, where the demand for energy resources is growing.

Bruce Pannier, an expert on Central Asia, and the Senior Correspondent at Radio Free Europe/Radio Liberty, believes that Turkmenistan will use all the oil and gas produced at the Caspian shelf to for export.

“Turkmenistan will be dependent on a Caspian neighbor in order to export its oil and gas further west or south. And all those Caspian neighbors – Azerbaijan, Iran, Kazakhstan, and Russia – are exporting their own oil and gas,” he told Azernews commenting on future destination of these resources.

Being one of the key players in the gas market of the Caspian Sea region and Central Asia, Turkmenistan produces about 70-80 billion cubic meters of gas a year.

Currently, Turkmenistan exports its natural gas to China, Iran, and Russia. There are also discussions on gas supply to Europe through the Caspian Sea, Azerbaijan and Turkey.

These volumes will allow meeting the increasing domestic and external demands in Turkmenistan’s blue fuel, providing the gas-chemical complexes of the country with necessary raw material.

A deep drilling is already underway at the North Goturdepe and Altyguyi fields. Results of the drilling work indicate to great prospects of the fields.

Turkmenistan’s Oil and Gas and Natural Resources Minister Muhamentnur Halylov said earlier that the development of oil and gas resources in the Turkmen sector of the Caspian Sea is a priority area for investments in the country’s oil and gas industry.

The Turkmen section of the Caspian Sea has been divided into 32 licensed blocks. Halylov said large enterprises show significant interest in making investments in these licensed blocks and are ready for technological cooperation.

Petronas, Dragon Oil, Buried Hill, RWE Dea AG, Itera and Eni companies are involved in the development of the Turkmen sector of the Caspian Sea, while negotiations with the companies of Europe, the U.S. and Persian Gulf are currently underway.

In 2015, the total investments of contractors working in the Turkmen sector of the Caspian Sea are estimated at more than $3.5 billion.
Source: Azer News