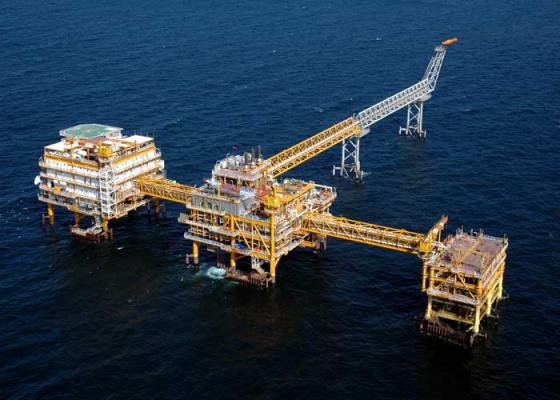 Azerbaijan has all opportunities for discovering additional gas condensate reserves at its fields in the Caspian Sea, said Natig Aliyev, Azerbaijani energy minister.

The minister made the remarks Apr. 25 at the SOCAR International Practical Conference on "Caspian Basin and Central Asia: Trade, Logistics, Oil Processing and Oil and Chemistry" in Baku.

"There is a need to develop mining projects and all resources are available for this," he added. "In the future, it is the third stage of full development of the Shah Deniz gas condensate field."

"The potential of the block of Azeri-Chirag-Guneshli (ACG) oil and gas fields in the Azerbaijani sector of the Caspian Sea has not been fully discovered," the minister stressed. "It is necessary to conduct additional exploration there and prospect for the deposits below the productive stratum."

The minister added that in general, Azerbaijan has enough prospects and indices for discovering new gas condensate fields.

Aliyev said that the peak oil production was recorded at the level of 51 million tons in Azerbaijan in 2010.

"Azerbaijan's main task is to maintain oil production at a stable level, by increasing gas production," the minister said.

The volume of oil produced from ACG oil and gas fields' block in Azerbaijan from November 1997 to Apr.1, 2016, stood at 393 million tons, and 218 million tons of this volume accounted for the country's profit oil.

Eight million tons of oil were produced at ACG in the first quarter of 2016, of which 5.3 million tons accounted for Azerbaijan's profit oil.

Some 70 billion cubic meters of gas and 18 million tons of condensate have been produced at Shah Deniz gas and condensate field since the beginning of its operation.