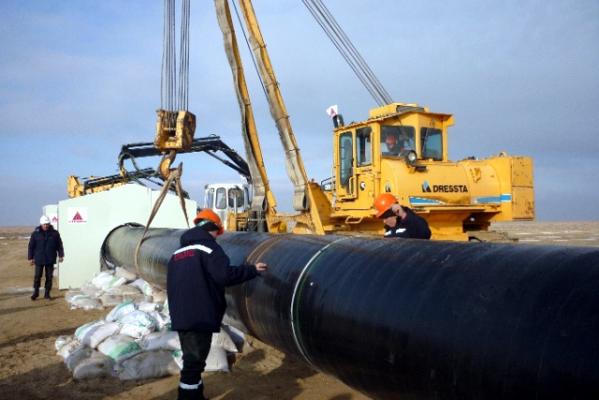 A report on the construction pace of the Turkmenistan-Afghanistan-Pakistan-India (TAPI) gas pipeline was delivered at a meeting of the Turkmen Cabinet of Ministers, the Turkmen government said Feb. 27.

It is reported that the work is carried out in the Turkmen section in accordance with the approved plan. Six kilometers of pipes were laid.

The work is conducted by the contractor of the Turkmen section of the project - Turkmennebitgazgurlushyk state concern.

After hearing the report, Turkmen President Gurbanguly Berdimuhamedov emphasized the international significance of the TAPI project in the context of forming new architecture of the global energy security and creating the conditions for the global sustainable development.

“Having big hydrocarbon reserves, Turkmenistan is successfully implementing an energy strategy, aimed at increasing production volumes, oil and gas processing and export of Turkmen energy resources to the world markets,” the president said.

Turkmenistan-Afghanistan-Pakistan-India (TAPI) gas pipeline will make it possible to deliver gas from Turkmenistan, which ranks fourth in the world on biggest gas reserves, to large and promising markets of South and Southeast Asia.

“The construction of the TAPI gas pipeline will give a powerful impetus to the economic development of the region,” the president said. “It will help resolve social and humanitarian issues and establish peace and stability.”

The annual capacity of the gas pipeline will be 33 billion cubic meters.

It is planned that the total length of the TAPI pipeline will be 1,814 kilometers. Some 214 kilometers will pass through the territory of Turkmenistan, 774 kilometers - Afghanistan, 826 kilometers - Pakistan up to Fazilka settlement on the border with India.

The pipeline is to run from Galkynysh – the largest gas field in Turkmenistan – the through the Afghan cities of Herat and Kandahar, and finally reach the Fazilka township located near the India-Pakistan border. The estimated cost of the project will be up to $10 billion.

WorldFood Azerbaijan 2016, one of the most important and significant events in the region’s food industry, will take place ...

Astana hosted the 11th round of talks between Iran, Russia and Turkey on Syria on November 28-29. Following the ...