Fairmont Baku; Mastering the art of travel in Paris Tourism 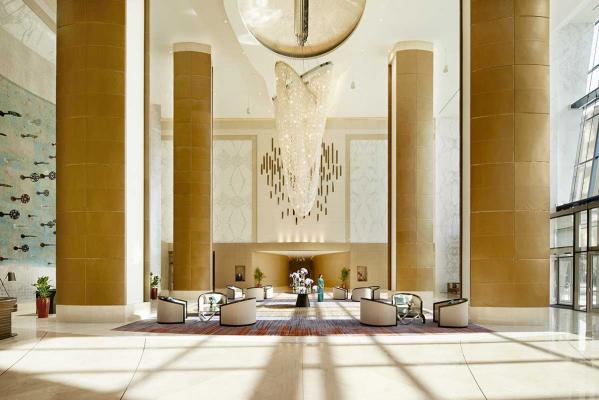 Extraordinary journey to Paris within "The Art of Travel" project of Fairmont Baku gave an opportunity to participants of the project to experience gorgeous Paris in the most exclusive way. One of the most famous and outstanding hotels of Paris - Raffles Paris, Le Royal Monceau hosted local group and created remarkable moments during the trip. Fairmont Baku Hotel and Raffles Paris Le Royal Monceau are the part of a leading luxury hotel chain FRHI which unifies the hotels under the brands Fairmont, Raffles and Swissotel.

The comfortable direct flight to Paris from Baku of "Azerbaijan Airlines" has allowed the project participants to proceed immediately to the art travel program prepared by YARAT.

The first day of the journey has started with a visit to the galleries of Chantal Crousel and Marian Goodman, continuing with the private tour to Louvre for participants led by Head of Contemporary Art Department, Martin Kiefer. In the evening, participants of the project were invited for dinner to the newly opened restaurant Matsuhisa of Raffles Paris, Le Royal Monceau where they had a chance to taste exceptional dishes by legendary Chef Nobu Matsuhisa. Various combinations of dishes of Peruvian and Japanese cuisines prepared by using unique recipes of Chef Nobu Matsuhisa were presented and specially adapted to the tastes of Azerbaijani Group.

The next morning was marked by a visit to the exhibition of Chinese artists demonstrated in the cultural center and Foundation Louis Vuitton, which was launched by LVMH to promote contemporary art. In Centre Pompidou participants attended the exhibition of one of the most popular contemporary artists in Europe Anselm Kiefer. Later, the group visited Paris Art Fair and had an artist talk with the famous Azerbaijani artist Babi Badalov about his installation at Palais Tokyo (Palais Tokyo).

Journalists and Bloggers were actively sharing their impressions in social networks. The full reports and articles dedicated to the journey of Azerbaijan Press group under the Art of Travel project will be released soon.

On the highest part of the city of Baku, Azerbaijan’s vibrant capital lies the just opened Fairmont Baku, located in the northernmost tower of the three comprising the Flame Towers complex. Designed by HOK International in the shape and essence of a flame - an apt symbol for this historic “land of fire”- the building is one of the most extraordinary and innovative constructions of modern times and is itself the tallest building in Azerbaijan.

“Friends of YARAT” is a unique platform for corporates and individuals to be a member of the Art community and be connected with the best network for contemporary culture in Azerbaijan and abroad. Friends are given the privilege of experiencing YARAT like no other visitor and to enjoy a greater level of engagement with the Centre, our curators and exhibitions.

You will receive packages with exclusive benefits, including invitations to unique art events, dinners, artist talks, previews, and many other networking and enlightenment activities.

Friend of YARAT means belonging to a community that supports active artists and their works. Your support helps to bring the Best Contemporary Culture of Azerbaijan to the world.

AZAL is a major air carrier and one of the leaders of the aviation community of the CIS countries. Total route network of the airline is 40 destinations in 19 countries. “Azerbaijan Airlines” transported more than 1.8 million people in 2014.

In June 2015 AZAL received a prestigious "4 Stars" from the leader in air transport research, world-famous British consulting company Skytrax. At the same time, Azerbaijani national carrier was nominated for the award established by Skytrax agency – the “World Airline Awards” in the global category "World Airline that achieved most progress", taking its second place of honor.

AZAL has one of the newest airplane fleet that consists of 25 airplanes. AZAL headquarters is in Baku, at Heydar Aliyev International Airport that meets international standards (it was awarded "4 Stars" rating in December 2014).

Heydar Aliyev International Airport has become the number one in the post-Soviet space and Eastern European countries due to its revolutionary modernization.

Another provocation by pro-Armenian congressmen raises questions, though, in fact, they called for the withdrawal of Armenian armed forces from ...