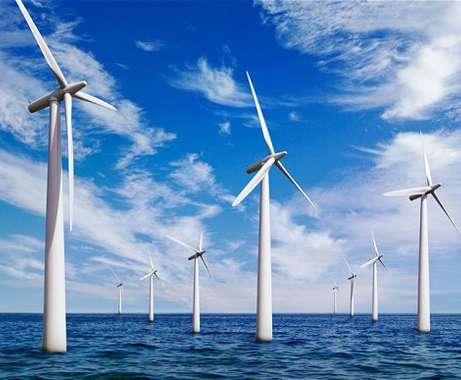 The issue about financing the project on the construction of a wind power station on the islands on Pirallahi and Chilov in the Caspian Sea can be resolved in the next month, Jamil Melikov, the deputy head of the State Agency on Alternative and Renewable Energy Sources told reporters on April 25.

The cost of the project fell to 400 million euros due to the devaluation of the manat, he said.

Financing will be carried out by a foreign investor. The delegation from the foreign company will visit Baku for talks in May, Melikov added. Perhaps, there will be an agreement on further cooperation.

In general, the implementation of the project will take at least three years. Preparations for the feasibility study will be carried out in the next year.

Earlier, the wind power plant was planned to be built on the water without using any platform. However, in this case, the project cost would exceed 1 billion manat ($667 million). Its construction on the platforms will save about 500-550 million manat ($333-367 million), Akim Badalov, the head of the SAARES said to media last week.

Like the Oil rocks, the wind farm will be the first wind power station ever constructed in the Sea.

The planned wind power plant will have the capacity of 200 megawatts. It will be constructed on the platforms between Pirallahi and Chilov islands in the Caspian Sea.

Azerbaijan is currently increasing the share of the renewable sources in its electricity production.

At the moment, the capacity of the power system in Azerbaijan amounts roughly to 7,200 megawatts in total.

Keppel FELS, a wholly owned subsidiary of Keppel Offshore & Marine (Keppel O&M) is on track to deliver a fifth ...