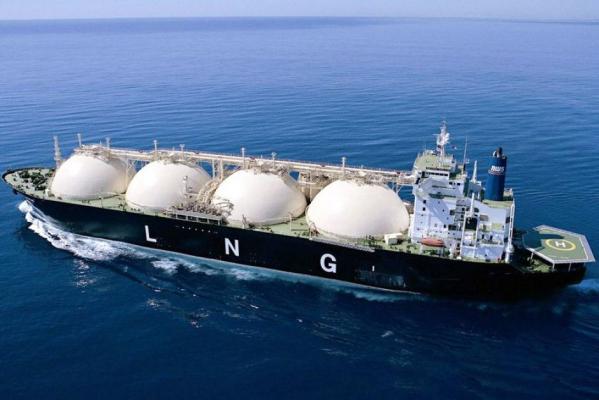 Pricing policy of only one man, John D. Rockefeller, led to a decrease in the cost of kerosene in the US oil products' market of the late 19th century from 26 cents to eight cents per gallon during 15 years, while the market share of the Standard Oil Company led by him increased from 4 percent to 80 percent.

Rockefeller was able to achieve such business growth largely due to discounts on kerosene transportation he obtained from the railroad workers, as well as the scale effect policy, when the price of a product decreases, the margin decreases, and the number of end consumers grows.

A flexible supplier, who was the first to deliver cheap kerosene in every house, and the end consumer, who started to pay less for the product, are the ones who win in this situation. Rivals, who didn't catch up with the flexible supplier, lose.

Recent news from the natural gas market make it clear that the US prepares to start new scale effect policy, however, this time in the world, and not with kerosene, but with liquefied natural gas, which has been in excess there recently. It seems that Rockefeller's distant neighbors from the US state of Louisiana got their teeth into gas prices for consumers in Europe.

In late April, for the first time, the US will deliver nearly 100,000 tons of liquefied natural gas (LNG) on a tanker to Portugal. It's clear that the batch, which makes nearly 140 million cubic meters of natural gas, serves only, so to speak, to test the route to Europe, but it's obvious that this is already the beginning of a new era in the European economy of oil and gas, energy security and diversification of energy supply sources so beloved to Europe.

Europeans are not against such developments, since it will positively affect them. The competition between the business giants, between countries only benefits Europe which always supports an open gas market.

The high gas prices for an ordinary resident of the Old World are made up of several components, including the price for the natural gas, the cost of its distribution and storage, the tax for energy and the value-added tax.

The gas price in Europe

Averagely, the highest gas prices for consumers are recorded in Sweden, Portugal and Denmark, while the lowest prices are in Romania, Hungary and Lithuania.

The gas prices for consumers are high because Europe imports around 60 percent of the consumed fuel. This is while the wide range of prices is a result of the geographical features, location, the existence of gas transportation infrastructure and gas storage facilities and the tax legislation. For example, the gas price in Sweden is three times higher than in Romania.

In Sweden, the smallest share in the gas price breakdown accounts for the taxes, while the largest share accounts for its distribution and storage.

On the contrary, in Lisbon, the gas distribution and storage accounts for a larger share in the final price than the gas price.

What the US can change?

In the future, the US liquefied natural gas can reduce gas prices in Europe due to a price war with the current largest suppliers - Russia, Norway and Algeria. The experts working in the Caspian gas market believe that Americans will start with $150-160 per 1,000 cubic meters in order to immediately show their price advantage in Europe before the Russian Gazprom, which they see as their main competitor, because this company covers a third of the gas demand in Europe. It will force Gazprom to think seriously about reducing the prices, for example, to $100-120 per 1,000 cubic meters versus the current $200 on average in Europe. Algeria and Norway will be automatically forced to join the general decline in prices. The issue of gas consumption growth in Europe will especially be acute since 2017, when it is planned to give up using the old coal plants in the European Union due to environmental considerations. The power plants will be switched to the gas mode. Moreover, Germany fully intends to abandon the operation of nuclear power plants in less than five years for security reasons that will cause an additional demand for gas in this country due to the lack of the alternative energy's development at the appropriate level.

A plenty of gas

If at first, the efficiency of the gas exports proves to be not very high for the US, then the Americans will still continue working in this direction. The reason is that the excess of shale gas in the US, warm winter this year force businesses to look for new sales markets.

The US plans to become a net gas exporter in the next two years. Europe is perfect for such a plan. While considering the statistics of the Energy Information Administration (EIA) of the US Department of Energy, it becomes clear that of course, the shale gas companies in the US are concerned about the low world energy prices.

But this will not force these companies to close the wells and stop the gas production. According to the estimation, closing of the gas wells would cause more damage to the business than their continued use in the current economic conditions.

Cheniere Energy has become a supplier of the US first LNG to Europe. It seems that neither a threat of stiff competition nor low world hydrocarbon prices without the optimistic prospects for an increase stops Cheniere management's active preparation for export in the world.

For example, the company's website says that Cheniere is building additional infrastructure for the export of approximately 31.5 million tons of LNG per year, which is more than 44 billion cubic meters (bcm) of natural gas per year.

If we take into account that Europe consumed almost 430 bcm of gas in 2015, 60 percent of which has been imported, only Cheniere will theoretically be able to ensure 15-20 percent of European imports. And this is only Cheniere's additional infrastructure, excluding the current one, from which the tanker was shipped to Europe.

IIKSS - Under Rex Tillerson, the US will try to diminish Russia's clout in Central Asia and play ...

Baku, AZERTAC One of the most significant events of the agricultural sector, Caspian and Black Sea Agrarian Congress will take place ...