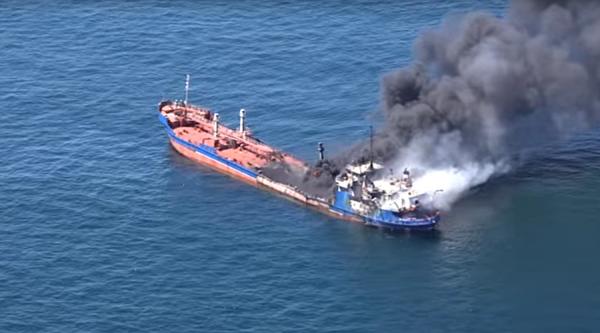 A Russian tanker has caught fire in the Caspian Sea near the territorial waters of Turkmenistan. The crew has been evacuated while the Russian Emergency Ministry prepares amphibious firefighting aircraft to extinguish the fire on the vessel.

A source told RIA Novosti that the ignition source is believed to be on the deck of the vessel.

The Palflot-2 vessel in distress is currently drifting in Turkmenistan’s territorial waters some 800 kilometers from Russia’s nearest port, Astrakhan. Ten crew members have been evacuated from the ship by another Russian vessel, emergency agency sources told Russian media.

Turkmenistan's President Gurbanguly Berdimuhamedov has emphasized the necessity of accelerating the work on developing the country's large oil and gas ...