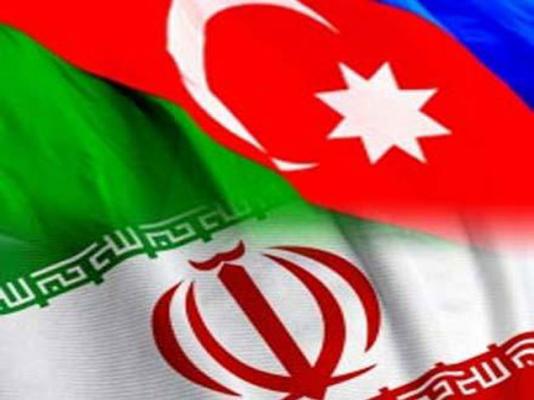 Iran-Azerbaijan trade turnover up by 53%

Trade turnover between Iran and Azerbaijan has increased by 53 percent in the first three months of the current year, said Iran's ICT Minister Mahmoud Vaezi speaking to reporters in Baku April 21.

Vaezi, who is the Iranian co-chair of the Azerbaijan-Iran joint economic commission, expressed hope for reaching new agreements between Tehran and Baku before the Iranian President Hassan Rouhani's upcoming visit to Baku.

He further called for developing the economic ties between Iran and Azerbaijan, adding that the sides have decided to expand the banking ties.

Vaezi also called for removing obstacles to the cooperation of the private sectors, inviting both countries' private sectors to cooperate in Iran's projects.

He said the Iranian government will back the private sectors in this regard.

"The private sectors should be confident that I and Azerbaijan's Economy Minister Shahin Mustafayev will support them," he stressed.

Vaezi further called for launching joint ventures between Iran and Azerbaijan in order to export products to other countries, saying the Iranian and Azerbaijani markets should not be the only destinations for the goods produced jointly by the two countries.

He said the trade ties between Iran and Azerbaijan should be independent of oil prices.

The minister also called for mutual cooperation on the Caspian energy resources.

Elsewhere in his remarks, Vaezi thanked Azerbaijan's President Ilham Aliyev for honoring him with a medal, saying the medal will encourage him in carrying out his tasks.

Vaezi, together with some members of the Iran-Azerbaijan Joint Economic Cooperation Commission, headed to Baku to hold a meeting there Apr. 21.

The two countries today signed four memorandums of understanding as part of joint projects in the medicine and vehicle production.

By Maksim Tsurkov – Trend: The US company Greenfields Petroleum for the third time has prolonged the loan agreement on the ...

Daimler says its trucks division will start the deliveries of Mitsubishi Fuso brand in Iran later this year.  The German ...

An Illusion Made FlyDubai Pilots Crash Their Plane Into the Ground

An Illusion Made FlyDubai Pilots Crash Their Plane Into the Ground Even as Flydubai Flight 981 took off from Dubai on ...