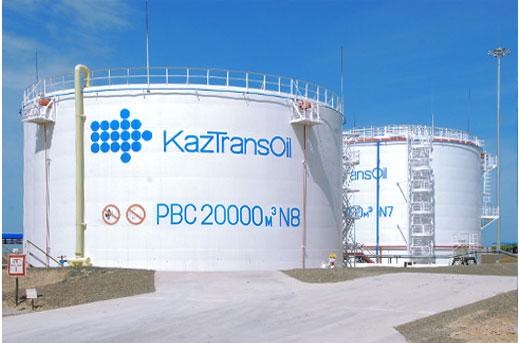 The outlook is negative, according to the agency.

The affirmation reflects the agency's view of an unchanged stand-alone credit profile (SACP) of KTO, its strategic importance for its parent KazMunayGas (KMG), as well as the agency's assessment that there is a high likelihood that KTO would receive timely and sufficient support from the government of Kazakhstan if needed.

KTO's business risk profile benefits from a solid market position and limited competition from rail and tanker transport, owing to Kazakhstan's land-locked location, geographic isolation from the Caspian Sea, and the low cost of pipeline transportation, the agency said.

However, the S&P believes the country risk in Kazakhstan is high, and considers tariff regulation to be opaque.

The KTO group has a favorable debt structure, in the rating agency's view, given that all of its outstanding debt is currently at the level of its joint venture.

The company's main weaknesses include its potential involvement in new construction projects, which might result in weakened credit metrics and a more aggressive financial risk profile, and its exposure to potential dividend pressure from the parent, according to the agency.

The negative outlook reflects that on the parent, KMG, and that if the S&P lowered the rating on Kazakhstan and simultaneously on KMG by one notch, it would most likely lead to a similar rating action on KTO.

In addition, indications of negative interference from the parent or the state or a significant deterioration of KTO's SACP could lead the rating agency to review its assessment of the likelihood of support from the state or parent, and to lower the ratings.

The S&P rating agency would likely revise the outlook on KTO to stable if it took a similar action on KMG, according to the agency.

Summit Signals Russia’s New Strategy Towards Iran Faced with recent strains in the relationship, Moscow has expanded its dialogue with ...

World Bank published a paper on Urban development under the title; Urbanization in Kazakhstan: desirable cities, ...