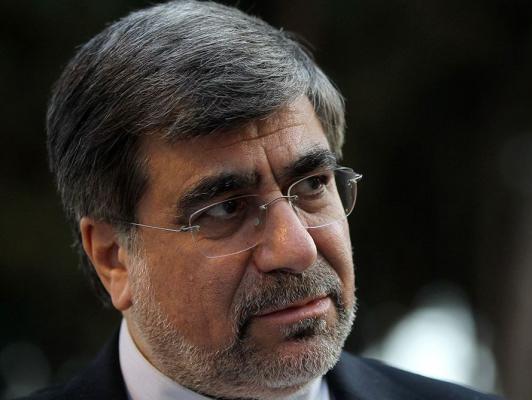 Minister of Culture and the Islamic Guidance Ali Jannati said on Monday that Iran-Russia relations have always been growing and that the Iranian and Russian officials are determined to enhance level of economic cooperation.

Jannati made the remarks in a meeting with director of Russia's Federal Agency for Ethnic Affairs, Igor Barinov.
He said that Iran and Russia share abundant common grounds and many religious and ethnic groups, so being so similar to each other in terms of diversity of population.
Jannati said ethnic groups should be regarded both as an opportunity and threat.
'We can benefit from the issue as an opportunity. Iranian people follow many religions -- Muslims and Jews, Christians, Armenians and various tribes, including Azari population, Kurdish people, Turkmen population, Arabs and Lorestani people have been leading peaceful co-existence.'
Russia is also a country with many ethnic groups, which lead peaceful co-existence, he said, adding that Russian language is also a linkage for them.
Jannati said that in Iran too various ethnic groups speak in their own languages but the Persian script and language is the formal language of the Iranian population uniting them.
As different religions lead peaceful co-existance in Iran and have peaceful dialogue, Iran has been in inter-religious talks with other countries and different churches, said Jannati, adding that dialogue with Russian Orthodox church is an example.
In the next few months, Iran will hold the 10th such talks with the Church, he added.
The talks help proximity of cultures and religions and this way, common issues of nations can be touched upon, he said.
He expressed deep concern about spread of extremism worldwide, saying that the issue is among other points on which talks can be held to make breakthrough for their elimination.
The Minister said extremism and related issues can be solved through culture and before anything their root-cause should be identified and confronted through culture.
Meanwhile, Jannati said as a country in which Muslims hold the majority, Iran is marked by the religion of Islam, which is the religion of peace, friendship and balance.