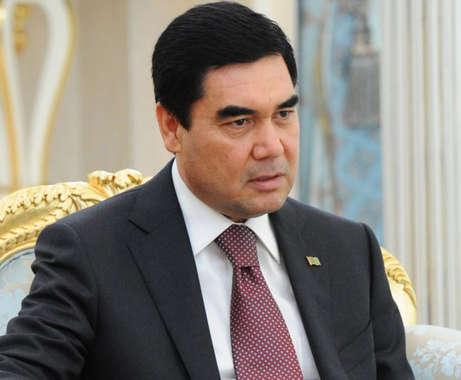 Russia remains the most important partner for Turkmenistan, Turkmen President Gurbanguly Berdimuhamedov said during the meeting with Alexander Zhilkin, governor of Russia's Astrakhan region, in Ashgabat, the Turkmen government reported.

The president noted that given the huge industrial and resource potential, both countries have much to offer to each other in economic sphere.

The initiatives put forward by Ashgabat on creating transnational transportation and transit corridors and logistics centers, create opportunities for expanding the cooperation.

Currently, Turkmenistan purchases modern ferries for regular passenger and cargo transportation from Turkmenbashi port to a number of ports in the Caspian Sea countries, including the Russian port of Olya.

Moreover, shipbuilding, ship repair and expansion of trade relations were named as other priority areas of partnership between Turkmenistan and Astrakhan. The parties also expressed interest in supply of textile, chemical and food products.

Turkmenistan has recently intensified the cooperation with Russia's largest regions such as Tatarstan, St. Petersburg and Sverdlovsk.