Gazprom and ENI to step up cooperation Energy 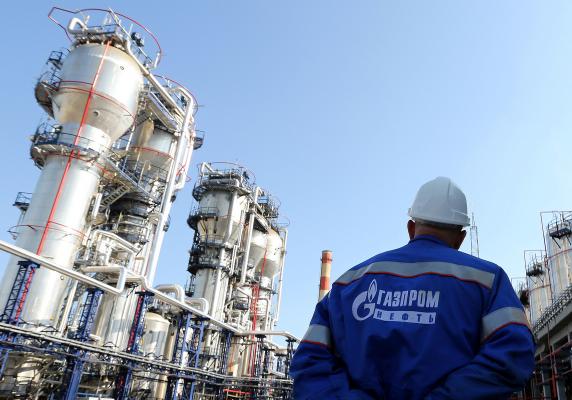 Following the success of the Blue Stream project, ''cooperation between Gazprom and ENI will be increased further'', Russian energy minister Aleksander Novak told ANSA in an exclusive interview.

''A series of documents are expected to be signed on the sidelines of the International Economic Forum in Saint Petersburg,'' he added. ''Cooperation between Italy and Russia continues to develop despite clear political and economic limitations. This is very important for us and we are grateful to our Italian colleagues for the constructive approach, Novak said, on a visit to Italy alongside Deputy Prime Minister Arkadi Dvorkovich.

On the issue of the Poseidon project, ''we are counting on active promotion by our Italian partners for the creation of projects for all infrastructure needed to bring gas from the Russian coast of the Black Sea to Italy, both at the level of the EU authorities and that of relations with third countries, through the territories of which the gas pipeline will pass,'' Novak said. The Poseidon project is a new gas pipeline that will connect Greece to Italy and be part of a gas corridor between Turkey, Greece and Italy (ITGI) that will make it possible to import natural gas from the Caspian Sea and the Middle East to Europe. Novak called it a ''promising project'', noting that ''the gas pipeline will have two sections, one land one and one at sea, which will pass through the bottom of the Ionian Sea. The ground pipeline is expected to have a capacity of 9-16 billion cubic meters per year, while the maritime one will have a 10-12 billion-cubic-meter capacity per year.'' The energy minister noted the ''significant potential'' in the nuclear section for cooperation between Italy and Russia. ''Italy,'' he added, ''takes an active part in the dismantling of Russian obsolete nuclear submarines and nuclear-fired ships. Over the past ten years, six out-of-service Russian navy nuclear submarines have been dismantled. A contract is implemented - signed in the autumn of 2015 and worth 3.2 million euros - to treat the nuclear reactor fuel of the Soviet-era nuclear missile cruiser Admiral Ushakov. (ANSAmed).

Russia’s Rosneft has purchased seismic data on the Azerbaijani sector of the Caspian Sea for $1.1 million, Azerbaijani ...