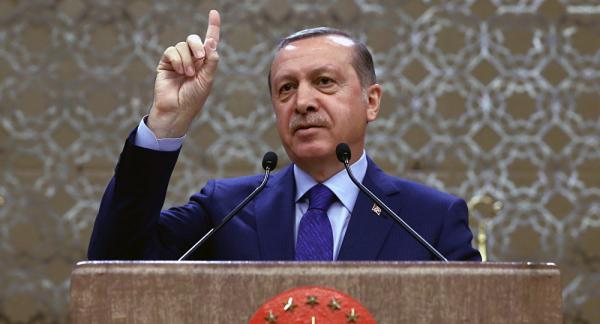 After the EU-Turkey migrant deal it has become increasingly clear that given an inch the Turkish government led by President Recep Tayyip Erdogan will gladly take a mile seeking to maximize his own influence in the region, Daniele Santoro said in the Italian newspaper Limes.

On March 18, Brussels and Ankara worked out and agreed on a deal under which Turkey pledged to take back all undocumented migrants who arrived in the European Union through its territory in exchange for asylum seekers from Syria, on a one-for-one basis.

In return, the EU pledged to provide a total of 3 billion euros (over $3.3 billion USD) to Turkey to help it provide for the refugees there, with a further 3 billion euro provision possible.

When it comes to dealing with his neighbors, Erdogan has pursued aggressive policies, dreaming to be seen as the next Turkish "sultan," Limes reported.

To press the EU to commit to the deal, the Turkish leader used threats promising to flood Europe with Middle Eastern refugees. That's not something Turkey would have done in the past, but Erdogan knows how to press all the right buttons to get what he wants, the newspaper said.

Ankara wants to be a force to be reckoned with in Eurasia, as the Ottoman Empire once was, especially in the Black and Caspian Sea regions, Limes reported.

The Turkish government fears that the reunification of Crimea with Russia changed the balance of power in the Black Sea, something that Ankara isn't comfortable with. To counter this shift, Erdogan chose to closer cooperation with Ukraine.

It was during his visit in Kiev that Turkish Prime Minister Ahmet Davutoglu called Russia a "terrorist organization," according to the Italian newspaper.

The Caucasus are another region that Turkey sees as a place it needs to get closely involved by putting spokes in others' wheels.

"In Caucasus Turkey relies on Azerbaijan to counter Russia," Santoro wrote in Limes.

According to Armenian Deputy Foreign Minister Shavarsh Kocharyan, the Turkish government was working to fuel relations between Armenia and Azerbaijan. Kocharyan added that Ankara was interested in keeping the conflict in Nagorno-Karabakh going.

The deputy foreign minister of Armenia said the actions of Turkey fit into the policies of Erdogan who seeks to "spread the waves of instability" in neighboring countries.

Amid the ongoing conflict between Moscow and Ankara it is possible that Erdogan will try to further fuel the tensions in the Southern Caucasus, seeking to build its own influence in the region, Santoro argued.