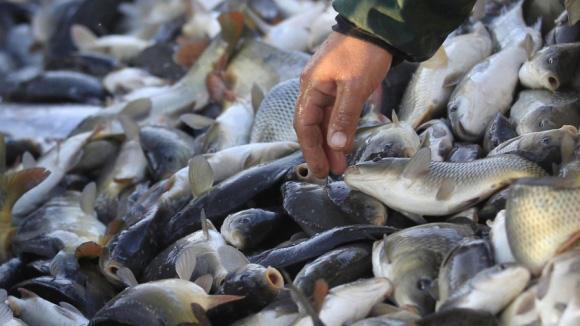 Two residents of the Lankaran region were detained because of illegal fishing in the Caspian Sea in the waters of Lankaran city, the Ministry of Ecology and Natural Resources reported on October 23.

Caught fish of various types, fishing tackle and boat were seized from them. Poachers were charged in the amount of 440 manats. Due to the fact that the amount of damage indicates the presence of a crime, collected documents were sent to the Police Department on water transport.

In the fresh waters of the republic and in the Caspian Sea, fishing of 30 species of fish is allowed. Many of them are trapped in Kura, lakes and stagnant water around Kura, as well as in the Mingachevir reservoir. Most of the fish caught are transiting and semi-transiting. Among the carry fish the most valuable are salmon, sturgeon, beluga and asp. Shamay and lamprey also apply to them. Sturgeon meat and black caviar are considered very valuable. In addition to them, semi-transient fish such as bream, carp and others are found in the waters of Azerbaijan. As a result of the construction of various hydraulic structures on Kura since 1959, the regulation of the flow of the Kura, the pollution of the waters of the Caspian Sea and other causes, the number of commercial fish species has drastically decreased.

At present, there is no limit for fishing in Azerbaijan, with the exception of pikeperch, white-eyed carp, silver carp, trout, Caspian trout, swordfish, roach and others. These species are listed in the "Red Book" and their capture is prohibited by law.

Amateur anglers do not need any licenses - fishing with fishing rods is allowed. It is forbidden to use synthetic networks, electrical equipment, chemical and silencing means.