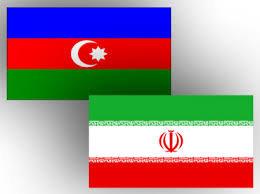 In time with today’s visit of Azerbaijani President Ilham Aliyev to Tehran, Iran will present to Azerbaijan an offer for participation in the exploitation and swap of oil and gas fields in the Caspian Sea.

Iranian Oil Minister Bijan Zanganeh expressed readiness for swap of crude and natural gas with Azerbaijan Republic noting “with the visit of President Aliyev of Azerbaijan, negotiation will be conducted between the two countries at the high political levels.”

“The proposals will be raised during the upcoming meeting between the two countries’ heads of states,” he reiterated.

Zanganeh further stressed that “costs of oil production in the Caspian Sea are extremely high for Iran and some neighboring countries; cooperation among Caspian littoral states would reduce production and transfer expenses.”

Hamid Reza Araghi, Deputy Oil Minister and Managing Director of National Iranian Gas Company (NIGC), had recently announced the launch of negotiations with Russia and Azerbaijan for a daily swap of 50 to 60 million cubic meters of natural gas.

Meanwhile, the National Iranian Oil Company (NIOC) has so far held several talks with a number of Kazakh and Russian companies for oil swaps in the Caspian Sea.

Despite the decline in global oil prices and reduction of drilling activities in the whole world, Iran has begun the countdown for the new round of oil and gas exploration in the Caspian Sea.

Khazar Oil Company caretaker Farhang Khatibi has said upon complete readiness of the oil industry fleet, transport and anchoring operations of Amirkabir platform to a new position will be carried out in near future.

Moreover, NIOC also seeks to develop oil and gas exploration activities in the Caspian Sea and has so far offered several relevant investment opportunities to the world’s giant oil companies.