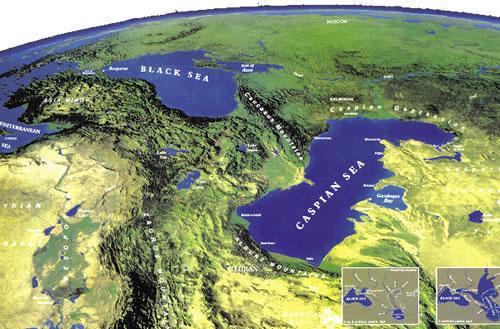 International Institute of Khazar Studies (IIKSS) - if we consider the "right" as the centerpiece of the science of law, we will see that the science of law can never be studied in various periods of history, unless is studied in that field. In fact, many of the topics of the science of law are organized in the direction of strengthening and defending a "right". On this basis, the establishment of the order can be considered a secondary purpose of any legal rule. One of the most important areas in which can be cited to the status of the "right" is the principle of acquired rights, which is closely linked to the principle of ex post facto law. This principle is one of the most important principles of the science of law, which also has a special status in the areas related to the sovereignty and the exploitation of a territorial area.

According to the principle of acquired rights, if a right has been created in the past for one of the legal persons or legal entities, it is impossible to ignore and repeal that right in accordance with the procedure and subsequent law. Acquired rights can be created based on the former geographical or political status, sociological or psychological status and or based on any other field. For example, if a person has continuously used someone else's land for the passage (right to pass) or has used water flowing from another person's land (channel right), according to the principle of acquired rights, it is not possible, due to the new situation, to deprive that person, who has the right to pass or channel right, of his historical-legal rights, because it is believed that the new rules and contracts cannot become retroactive, and that is because of the existence of acquired rights that are rooted in historical-social or historical-non-social factors.

Also, contrary to the principles of the law of treaties, the acquired right has such a status in legal systems that can hardly be affected by the fundamental change of circumstances. Because, contrary to a treaty that stems from the explicit or implicit will of the parties to the treaty at the time of the conclusion of the treaty, the acquired rights, in addition to being rooted in the will of the parties, are also rooted in social and political conditions. So that, an acquired right not only creates a right for the beneficiary, but is also one of requirements for establishment and preservation of social order.

Accordingly, the principle of acquired right can be considered one of the most important legal areas affecting the Caspian Sea legal norms. Contrary to the prevailing social misconception in Iran, which believes that Iran possesses 50% of the Caspian Sea, it can be argued that, based on the 1921 and 1940 treaties, a form of common exploitation and the lack of private property have been recognized for the Caspian littoral countries. Despite the fact that the treaties of 1921 and 1940 governed the legal regime of surface water and depth of water, and these treaties cannot be considered to be governed the regime of the seabed and subsoil in this sea, the consensus on common use can be considered as the greatest achievement of these treaties. Because we know that the parties, who claim co-ownership of property, have equal sovereignty and equal ownership in every bit of that property, and this is different from the division of the property by 50:50. Because in the latter case, each party has proprietary ownership in its share. With these interpretations and with regard to the survival of co-ownership of the Caspian Sea, any private exploitation by parties, regardless of the interests of the other party and or create a barrier to exploitation by him, is contrary to the definite principles of the science of law.

According to the author, the sovereignty or co-ownership that has been recognized in regime of surface water and depth of water cannot be limited to surface water and depth of water. This represents the general will in parties that can be extended to the future and can overshadow all visible and hidden aspects of the exploitation regime of the Caspian Sea. Because at that time the use of the seabed and subsoil was not common in its present form, and it was difficult to imagine that the interests of the parties would be tied to the seabed and subsoil in the near future. Therefore, it can be deduced that the joint regime and the lack of private exploitation by each Caspian littoral state, unless with the consent of the parties, are a part of acquired rights of all present parties in this region. Thus, any exploitation by each Caspian littoral country should be based on future agreements and cannot unilaterally be laid upon different areas of this sea. It is also natural to expect that the benefits of seabed and subsoil of this sea will be shared between the parties in a way that each of them will achieve a reasonable and fair share of these benefits.