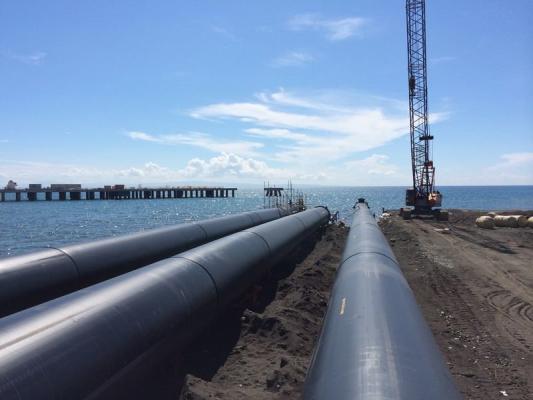 Water transfer from the Caspian Sea in northern Iran to the drought-stricken central provinces brings heavy economic burden to the country, regardless of posing probable damages to the environment, former deputy Department of Environment (DOE) chief has said.

Instead of implementing the expensive water transfer project and harming the sea’s environment, water consumption patterns must be managed in different sectors, ISNA quoted Abdolreza Karbasi as saying on Sunday.

Given that Iran locates in an arid and semi-arid area, and water supply must be provided, in the future construction of water desalination system might be inevitable, he lamented, adding, however, before any action, water management should be transformed in Iran.

The Caspian Sea being an enclosed body of water cannot survive the environmental damages to its biodiversity as a result of low water level, he regretted.

He went on to explain that any harsh environmental impact could fully diminish this blue zone, as brine waste, a solution to salts and contaminants separated from the water, generated by desalination system is about 3 million tons a year, which is released to the sea and poisons the aquatic species.

Karbasi also served as environment faculty member of University of Tehran, said that desalting process will result in an annual increase of 3 million tons of salt to the sea, which will reach up to 60 million tons over a period of 20 years (the life span of a desalination system), so increased volume of salt will affect the Caspian Sea.

Currently, I totally disagree with water transfer from the Caspian Sea even if toxicity test shows that brine waste does not impose any environmental damages to the sea, he concluded.

This is while, chief of Department of Environment Issa Kalantari, told ILNA news agency on January 5 that he has no objection to water transfer from the Caspian Sea to the central parts of the country.

Moreover, according to a report by the YJC published on January 11, Mohammad Ali Shaeri, head of the agriculture committee of Majlis (Iranian Parliament), said the Caspian Sea is an enclosed body of water and any changes to it would endanger its ecology.

While, Aziz Abesi, an environmental expert, has also mentioned the environmental, social and economic impacts of the scheme, saying that installing pipes and building roads would definitely cause irreparable damages to the sensitive ecology of northern Hyrcanian forests, and as Alborz mountainous region is prone to earthquakes and land subsidence the pipes can easily break and salt water can cause damages to the national land areas.

Friendship and partnership as well as good-neighborly relations cover all spheres of cooperation between Azerbaijan and Russia, Russian Ambassador ...