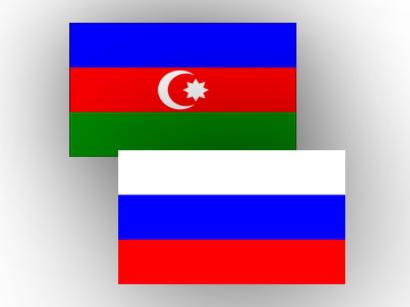 Yarag-Kazmalyar railway border crossing point in Russia’s Republic of Dagestan can be simplified, and funds are currently allocated for improving this checkpoint, Olga Rukhullayeva, Deputy Minister of the Russian Federation for the North Caucasus, said during the Russian Investment Forum in Sochi, Trend reports via TASS.

According to her, funds were allocated this year for funding the construction works next year for the improvement of the Yarag-Kazmalyar checkpoint located not far from Derbent, adding that this will increase and simplify the passenger flow.

“It is also planned to negotiate a faster clearance of the border crossing of trains, in the same way as we have with Finland,” she said.

Rukhullayeva noted that a simplified regime of border crossing between Russia and Azerbaijan will make creating an international tourist route possible, which "will immediately stimulate tourist exchange between Azerbaijan and Russia’s Caspian regions."

Recently, the Azerbaijani and Russian delegations examined the Yarag-Kazmalyar and Samur checkpoints at the Azerbaijan-Russia state border and got acquainted with the construction of the road over the Samur River, during the visit of Russian Minister of Economic Development Maxim Oreshkin to Azerbaijan.

Dagestan authorities are counting on launching a new train between Makhachkala and Baku, which will contribute to the development of tourism in the region, head of the Republic of Dagestan, Vladimir Vasilyev said at the meeting with the president of the Russian Railways Oleg Belozerov within the framework of the Forum.

“Today we touched a topic like tourism. In this regard, it will be very important and useful for the republic to launch a new train between Dagestan and Azerbaijan, which will have an abbreviated customs clearance procedure,” said Vasilyev.

The head of Dagestan noted that a high-quality, modern, reliable rail service for the republic is economically significant.

The question of the new railway link on the route Makhachkala - Baku was considered by the authorities of Dagestan and Russian Railways at the beginning of April 2018. At the end of October 2018, Vasilyev said that Dagestan and Azerbaijan would link the permanent rail line.

On the margins of the Russian Investment Forum in Sochi, the acting Governor of the Astrakhan Region Sergey Morozov said that cooperation will be intensified with all the Caspian littoral states. For example, work is already underway to create the Astrakhan-Turkmen Business Council. The corresponding memorandum is planned to be signed during the visit of the Astrakhan delegation to Turkmenistan in the spring of this year.

A program of activities for the development of cooperation with Azerbaijan is also being formed, which will include such events as an economic forum, exchange of visits of journalists and tour operators, tours of creative teams.

The development of cooperation between the Astrakhan region and the Caspian countries is considered a strategic task in the region. Earlier it was reported that in the structure of the region's foreign trade turnover, the share of three Caspian states (Azerbaijan, Iran, Turkmenistan; Kazakhstan, as a member of the EEU, is not counted in customs statistics) accounts for 30 percent.

The Russian Investment Forum takes place in Sochi on February 14-15. The main topic of the forum this year is the implementation of national projects.

The introduction of local products of Azerbaijan to international markets is boosting the non-oil sector of the economy and strengthens ...