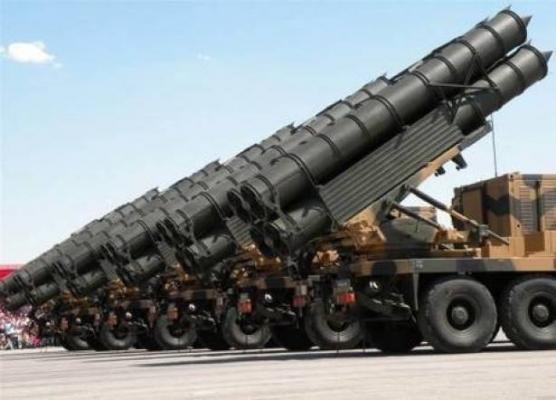 Foreign Ministry Spokesman Jaberi Ansari who was speaking in his weekly press conference announced the implementation of first phase of S-300 missile contract between Iran and Russia.

In response to a question on delivery of Russian advanced defense missile system S-300, of which the first part is reportedly delivered to Iran through Caspian Sea, Jaberi Ansari confirmed that the first phase of the Iran-Russia contract on the systems is implemented; “we had already announced that despite several times of change in time of delivery, the deal is on its path of implementation and today I should announce that the first phase of the agreement is implemented and the process will continue.”

UN Special Envoy for Syria Staffan de Mistura will arrive in Tehran Monday night ahead of the start of a new round of intra-Syrian talks on April 14, added Jaberi Ansari.

“The Islamic Republic, based on its policies, has always backed a peaceful solution to Syrian crisis and welcomes UN efforts in this regard,” he added.

On Saudi Arabia’s stances toward the violation of Iran’s nuclear deal and other international treaties on sanctions against Iran, he said “Saudi’s positions are beyond the country’s capacities, since it is standing against the international will and global agreements. The Saudi regime is taking these positions because it is pursuing the course of its interests in violation of signed agreements.”

He went on to add, “the era of such policies is long past. Policies that are adopted in the counter-clockwise direction will ultimately fail to reach any results.”

“Foreign Minister Mohammad Javad Zarif will attend the ministerial meeting on Tuesday and Wednesday, but levels above the minister needs to be first coordinated with the presidential office,” he said.

The 13th Summit of Organization of Islamic Cooperation (OIC) will be held in Istanbul, Turkey, on April 10-15. The Iranian delegation of experts headed by Deputy FM Abbas Araghchi left for the Turkish city of Istanbul Sunday to attend the Summit. The OIC leaders’ summit will take place on Thursday and Friday.

“The capacities of the OIC should not be used for settling political agendas. So we hope the Istanbul Summit will be held at the highest level and meet the interests of all member countries and Muslim Ummah,” he said.

On Iran’s position toward the participation of Kurdish groups in Syrian peace talks, he said “we will not interfere in the details of any country’s’ affairs. The framework for the Syrian talks is that it should be held between the Syrian government and the opposition groups.”

On Yemen’s ceasefire and related talks held in Kuwait, he said “one of the key components of Iran’s proposal was ceasefire. Any agreement between the Yemeni political groups within the framework of a peaceful solution to end the inhuman crimes against the people of Yemen and the destruction of the country’s infrastructure is fully backed and supported by the Islamic Republic of Iran.”

Jaberi Ansari went on to add, “regrettably though, the cease-fires in Yemen have been violated by groups involved in the conflict which are disturbing the stability in the region.”

He expressed hope, however, that the ongoing talks and agreements will help end the humanitarian crisis in Yemen.

On Iran’s positions toward the United States Navy leading the largest maritime exercises in the Middle East with 30 countries participating in the event, he said “Iran’s policy is based on preserving stability and security in the region and International waterways through cooperation with all regional countries.”

He went on to add, “however, the intervention of other countries outside the region in this framework, instead of being in line with the interests, security and stability of the regional countries, is in fact a violation of these factors.”

About the US remarks in regard to Iran’s missile capabilities, he said “Iran’s defense system follows only defensive objectives and the Islamic Republic will never negotiate with any country over its defense needs and equipment.”

This report had quoted Mr. Jaberi Ansari as saying that the delivery is made, but it was modified after Foreign Ministry reaffirmed that what the spokesman had confirmed was implementation of the first phase of the agreement and he could not confirm it has been a delivery, however, it was not rejected either. The remarks are edited after publishing, but MNA still has unnamed resources approving of the delivery of first part.

Miankaleh: A Heavenly Sanctuary in Iran

IIKSS- Miankaleh peninsula is a narrow but long peninsula (48km long and between 1300-3200 meters wide), in Mazandaran ...

Who Is Russia Secretly Supplying With MiGs?

Iran, Azerbaijan to step up ICT coop In a meeting between Iran's ICT minister and Azeri counterpart in Baku, ...