‘Made in Azerbaijan’ Expected To Diversify Economy Investment 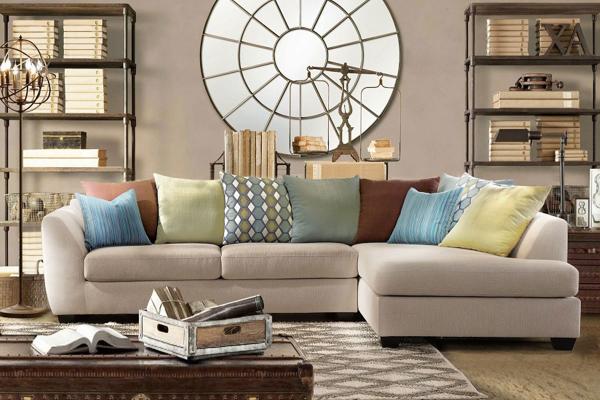 Azerbaijan may be synonymous with oil and its booming natural gas industry, but home decorators and interior designers will soon have something to remember it for, too. Starting next year furniture manufacturers in the Caspian coastal country will begin exporting their craft to Europe under the “Made in Azerbaijan” brand.

Tajaddin Mustafayev, the director of a local furniture company called Saloglu, said the company is looking forward to export opportunities.

“The construction of a new furniture factory has already begun,” Mustafayev told Versus.az, explaining what Saloglu is doing to remain competitive and build capacity. “The total cost of the project is 25 million manat ($14.7 million). About 31,000 sets of living room and bedroom furniture, as well as soft furniture, will be produced annually,” Mustafayev said at a conference held in Baku on Wednesday that was focused on economic development.

Mustafayev, whose company is one of the largest producers in the local furniture market, praised the government for a preferential loan worth of 10 million manat ($5.9 million) that helped him expand Saloglu.

"The construction of the factory will be completed before the end of this year, and we will export furniture to various countries in Europe under the brand name ‘Made in Azerbaijan’ starting from the first quarter of 2020,” he said. “This will create conditions for providing employment for the population living in the region and increasing the export potential of our district.”

More than 1,000 small and large furniture manufacturers are currently in operation in Azerbaijan according to data provided by the State Statistics Committee. In 2018, the industry produced nearly $43 million worth of furniture, marking an 11.8 percent increase from the year before. Analysts expect the industry to grow this year to $45.2 million and hoping to hit close to $56 million in 2022.

Domestic production meets 80 percent of the local market demand for various types of furniture, including those for the living room, dining room, offices and hotels. Office furniture is expected to make up the bulk of orders in the coming years, with over 22,000 office pieces forecasted to be produced in 2022. Last year just under 17,500 office pieces were made.

Worldwide promotion of “Made In Azerbaijan” brand has been a deliberate undertaking by the government. The economy ministry sent trade missions across the world last year to promote the brand and learn about ways to introduce local products into new markets. Missions to Pakistan, Afghanistan and Qatar yielded positive results: Azerbaijani furniture is now exported to these countries along with dairy products, pomegranate juice, confectionary products, pipes and other metal-based goods.

The government, and exporters eyeing opportunities abroad, are hoping that the European Union’s forecasts of demand for imported furniture can help diversify an economy that is reliant on exporting fossil fuels. The EU’s statistical body Eurostat reported last year that furniture imports from the non-EU countries accounted for slightly more than $17.5 billion in 2016. If recent trends are any indication – trade in furniture between EU and non-EU countries grew by nearly 50 percent over the last ten years – the market, and Azerbaijani revenues, are poised for growth.

The EU makes up 42 percent of Azerbaijan’s total exports, worth $13.8 billion in 2017, according to the economy ministry, making it the country’s largest trading partner.