Tehran and its 2,000 tourist spots Tourism 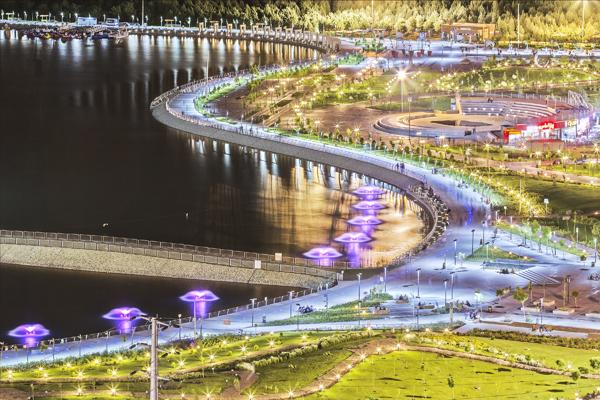 Deputy of Tehran Municipality says the Iranian capital has over 2,000 tourist attractions that will take 35 days time to visit all of them.

Tehran was first chosen as the capital of Iran by Agha Mohammad Khan of the Qajar dynasty in 1796, which means a span of over 230 years. A bustling metropolis of 14 million people (2015), Tehran is Iran's largest city and urban area, and the largest city in Western Asia.

The residence in the city goes back to 7,000 years old as indicated by the discovery of the 7,000-year-old remains of a woman unearthed in Tehran in November 2014. Coupled with having been the capital city for over 230 years, Tehran has witnessed a remarkable presence of tourists from all over the country in recent years, eager to see for themselves the historical textures, the modern complexes and renovations in the large metropolis.

According to Mayor of Tehran, Mohamamd Bagher Ghalibaf, regions 1, 12 and 20 are home to the most number of historical attractions in Tehran. Region 1 is considered as a historical and religious region, region 12 is the heart of the old Tehran and region 20, with its many historical and entertainment sites,  is the main destination of tours around Tehran.

Statistics-wise, there have been about 2,511 tours around the city by March 25 this year, and Azadi Tower, Milad Tower, Jurassic Park and the Birds Garden have been met with the most enthusiasm from tourists.

According to Ghalibaf, tourism in Tehran has created over 10,000 job opportunities; “this year, Nowruz tourists visiting Tehran will meet with a completely different face of Tehran. This year, Tehran has become even more spectacular than what it was in the previous year,” he said, citing the quietude of the capital and lack of air pollution during the New Year holidays as the reasons why Nowruz is the best time for visiting Tehran.

Mayor’s Deputy, Naser Amani, mentioned Chitgar Lake as a new opportunity in the area of tourism in Tehran. The artificial and recreational lake located in the north of Chitgar Park, north-west of Tehran, was opened in 2013 and is expected to reduce Tehran’s air pollution. The total area of this complex is about 250 hectares; 130 hectares across the lake, and the rest of it goes for the coastal zone and resorts. In addition to natural recreational spaces, sports and cultural environments have been provided and Visitors are offered free services and facilities on site.

He also referred to various river valleys as another noteworthy tourist attraction sites which have undergone renovation and now serve as resorts with the efforts of Tehran Municipality in the last few years.

Low trading activity was noted in the Azov and Caspian basin

In the Caspian Sea basin further reduction of trading activity and freight rates was observed. This was triggered by ...