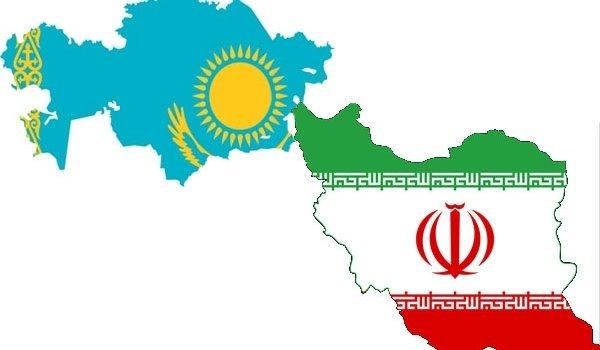 Deputy FM Rahimpour said Mon. Iran and Kazakhstan are keen on expanding cooperation on peace and stability in Central Asia, as opposed to regional meddling by certain transregional countries.

Ebrahmi Rahimpour made the remark on the eve of Kazakh President’s visit to Iran on Monday. Nursultan Nazarbayev will be accompanied by a high-ranking economic-political delegation for a two-day visit at the invitation of his Iranian counterpart Hassan Rouhani.

Rahimpour stressed the significance of this visit in the period following Iran nuclear deal with the 5+1, saying “post-JCPOA official visits are different from previous examples in the sense that more emphasis is now laid on their economic aspects.”

He also noted that the visit is taking place before the OIC Summit in Istanbul and this will give the two countries’ premiers an opportunity to make further coordination in regard to the summit.

The 13th Summit of Organization of Islamic Cooperation (OIC) will be held in Istanbul, Turkey, on April 10-15.

“Iran and Kazakhstan have also prepared a number of MoUs to be signed by the two countries’ presidents during the visit,” Rahimpour said. “The agreements will have major impacts on improving Tehran-Astana's economic relations.”

According to him, the two countries are keen on expanding cooperation in the fields of energy, transit, agriculture, industrial projects and security.

The Iranian diplomat added that Iran’s full membership in Shanghai bloc will also be another topic of discussion with the Kazakh president.

Iran has been an observer to the SCO since 2005 and has submitted its official request for full membership last year. Russia, Kyrgyzstan, China, Kazakhstan, Uzbekistan and Tajikistan are the six permanent members of the SCO.

According to Bahman Salehi, the CEO of Iran Power and Water Equipment and Services Export Company known as SUNIR, his company plans to build a wind power plant as well as two thermal power plants in Kazakhstan in 18 months. The $600m contract has been penned with the Kazakh Eurasia Invest Group.