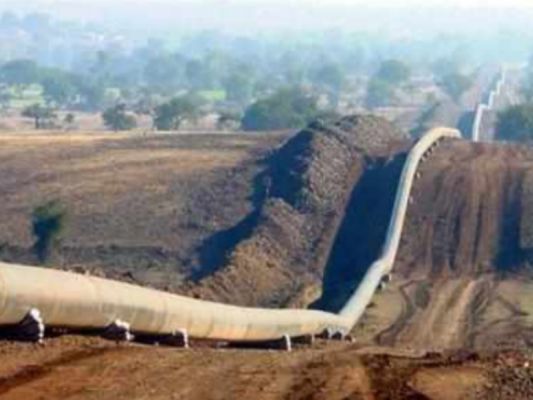 Russian economic influence in the Central Asia has rebounded over the past six months. A focal point in Russia’s advances in the region is Turkmenistan and the economic woes the country is experiencing.

Both countries have had difficult relations since the break-up of the Soviet Union. First, the Turkmen government interpreted the role of the country in the modern world as neutral. This resulted in Ashgabat avoiding membership in any military blocs, such as the Russian-led Collective Security Treaty Organization (CSTO). Yet all major infrastructure projects have always been directed from Turkmenistan to north Russia’s mainland - heritage from Russian imperial and Soviet times.

In the late 2000s, energy cooperation was brought to a minimum. Additionally, in early January 2016, Gazprom officially stopped purchasing Turkmen gas, which made Turkmenistan solely dependent on its revenues from gas export to China (albeit sold at a low price).

Relations started to improve after 2016. Arguably, this was caused by a major shift in Russian geopolitics seeing problems with the West and chances opened for it to increase its influence in Central Asia. There is also the issue of Afghanistan, where the security situation, according to reports, has worsened. The Turkmen-Afghan border is a primary focus, seeing Moscow regularly question Turkmenistan and Tajikistan’s ability to contain Afghan threats. Turkmenistan too has much to worry about as, following 2001 (when the US-led coalition began operations in Afghanistan), the northwestern provinces had remained relatively calm, yet now, with the US planning to pull out at least a portion of its troops from Afghanistan, this may create additional troubles for Ashgabat. Indeed, there have been reports of small-scale clashes between Turkmen troops and militants from Afghanistan, but Turkmen authorities have denied, or more often said nothing about such incidents, insisting that the Afghan frontier is secure.

Russia aside, Turkmenistan is also currently interested in improving relations. Ashgabat has economic problems and in 2017, Turkmenistan suspended supplies of natural gas to Iran (claiming Tehran owed some $1.8 billion accumulated over 10 previous years). This actually left Turkmenistan with just one gas customer – China, which had loaned Turkmenistan billions of dollars to develop gas fields that would supply it and build the pipelines to carry that gas to China.

Russia has developed several large fields since then and added thousands of kilometers of gas pipelines. Russia and Gazprom did need Turkmen gas in the first decade of this century, but that is arguably no longer true.

At the same time, over the past several months, Russia has initiated a veritable economic offensive. This changed on October 9, 2018 when Gazprom CEO Aleksei Miller visited Turkmenistan and both sides agreed Gazprom will resume buying Turkmenistan’s gas from January 1, 2019. It is also interesting that the agreement follows the resolution on the Caspian Sea. Officially, no third party can intervene if Turkmenistan and Azerbaijan decide to build the Trans-Caspian Pipeline (TCP). Fear on the Russian side that Ashgabat might succeed in selling its resources to other regions might have been a driver behind Miller’s visit and the agreement.

Viewed from a global perspective, these Russian moves, although also likely caused by Turkmenistan’s openness at this particular moment, are nevertheless a result of Russian troubles elsewhere. The successful western expansion into what was always considered the “Russian backyard” limited Moscow’s projection of power and diminished its reach to the north of Eurasia. The only region where Russia can more or less freely operate is the Central Asian region. Other geopolitical competitors such as China are also present and might hinder Russian advances, but still there is a much larger space for Russian actions in comparison with Ukraine or the South Caucasus.

Rosneft to increase oil supplies to China through Kazakhstan