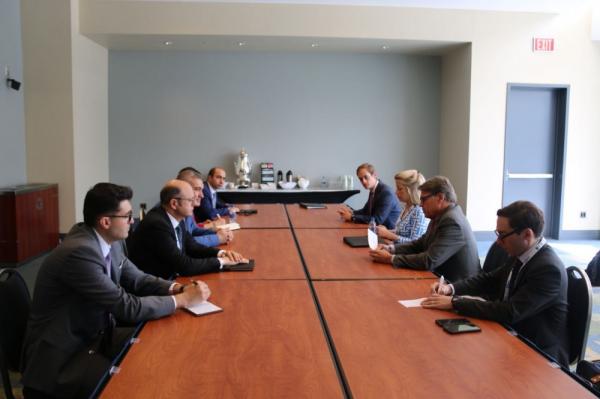 “The United States will continue supporting Azerbaijan's global energy projects,” said the US Secretary of Energy Rick Perry as he met with his Azerbaijani counterpart Parviz Shahbazov on the sidelines of the 27th World Gas Conference (WGC 2018) in Washington.

They exchanged views on the United States’s role in energy cooperation and the implementation of global energy projects between the two countries. The crucial importance of the energy security in the Azerbaijan-US strategic relationship was pointed out at the meeting.

They also pointed to friendship and brotherhood based on common interests between Baku and the city of Houston, which is considered the world’s emerging energy hub in the State of Texas.