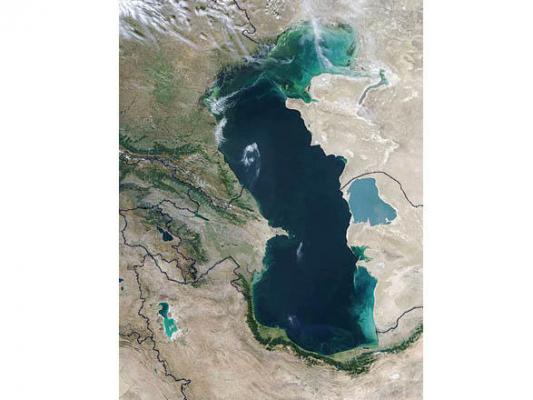 The working meeting of experts of the Caspian states will be held in Astana on June 18-19, First Deputy Minister of Foreign Affairs of the Republic of Kazakhstan Mukhtar Tleuberdi told reporters June 12.

"On June 18-19, Astana will host a meeting of experts of the Caspian states. The issues will be agreed, and the texts of the agreements will be checked," Tleuberdi said.

He noted that, this meeting will serve as preparation for the upcoming summit of the heads of the Caspian states, which is planned to be held in August this year in Aktau. "The date is not yet known, and we have not sent invitations yet. We are waiting for official confirmation from all participants of their readiness to hold the summit," the official explained.

He noted that the decision to hold the summit in Aktau, not in Astana, as previously planned, was made due to the fact that "the last two summits were held in Baku and Astrakhan, and accordingly, we also decided that the summit should take place on the Caspian coast."

"The agenda of the summit is to discuss cooperation in the Caspian Sea, and it is expected to sign 5-6 different agreements on transport, trade and economic relations, and their final texts are being agreed now," Tleuberdi said.

"It will be submitted to the heads of states for discussion, and the expert group will report on the status of this document," he said.

The Convention on the legal status of the Caspian Sea is a five-sided document between Kazakhstan, Azerbaijan, Russia, Turkmenistan and Iran. The issue of the status of the Caspian Sea remains a key topic of discussion at the summits of the states of the region. The leaders of the five countries met for the first time in 2002 in Ashgabat. The second Caspian summit was held in Tehran in 2007, the third - in Baku in 2010, and the fourth - in Astrakhan in 2014.