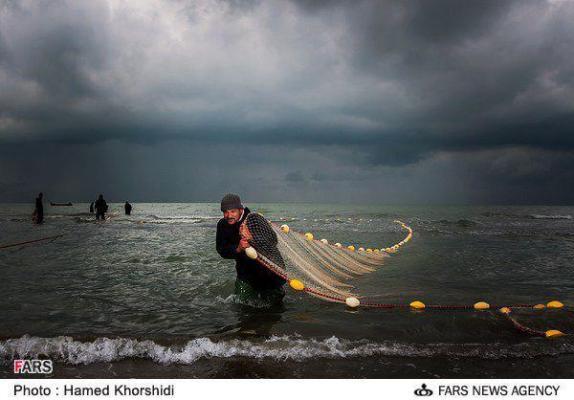 International Institute of Khazar Studies (IIKSS) – One of the issues that has been agreed upon by the parties in the process of achieving comprehensive legal regime in recent years is the determination of special zone called the Special Fishery Zone, which its width has been determined 10 miles (of course, it should be determined: mile or nautical mile.) It is natural that the present region begins at the end of the territorial waters, which will extend the entire width of the two zones 25 miles from the baseline of the territorial sea. At the first glance, the width of the Fishery Zone of 10 miles may clearly determine and guarantee the rights of countries, but the meaning of the current agreement is that other waters of the Caspian Sea that are not within the boundaries of the territorial waters and the Special Fishery Zone, are part of the common water zone, which naturally each Caspian-littoral country will have the right of catching fish from common zones. The realities that have been ignored in this issue are:

First, a large part of the deep zones is near the sea borders of Iran. Such an agreement, particularly will create special rights for other countries, in particular Kazakhstan and Russia, which are distant from the current zones and located in the shallow waters of the Caspian Sea.

Secondly, in the modern legal system, the Special Fishery Zone lies within the Exclusive Economic Zone. Although it is true that in developing the rules of the legal regime of the Caspian Sea, we try to behave in such a way that the names of the zones, as well as the legal nature of the zones, are not similar to the international conventions on the law of the Sea (especially the 1982 Convention on the Law of the Sea), but this should not lead to ignoring the achievements of modern international law. If we want to say intimately, we must say that we really do not have the ability to bear the political, economic and security costs of this issue, because the direct interests of the marginalized people and the people of the southern Caspian coast are the most important thing that goes away.

Ignoring this issue will not only lead to a change in way of life of Caspian marginalized people, but Iran is the only country who should bear security consequences of this issue. This certainly damages relations between the people and the Russian government and even enhances the sense of Russophobia in Iranian people, even if Russians have a little role in this matter.

The result is that should not be in a hurry and the comprehensive agreed regime should be criticized by academic thoughts and scholars. Because experience has proven that a retreat from a signed legal obligation is impossible or that it imposes high material, military, political, economic and security costs on countries. In this regard, we can mention the unpleasant experience of delimitation of Arvandrood between Iran and Iraq, which has engaged us for many years and must also bear its consequences many other years.

Democrats push for investigation of Mike Flynn over talks with Russia