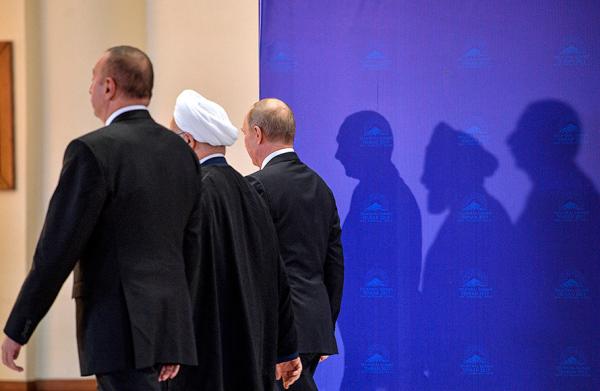 If Donald Trump chooses not to extend the nuclear deal with Iran in May, there will be a regional crisis. Meanwhile Tehran seeks to boost its relations with Russia, with which it’s had centuries of dealings.

Russo-Iranian relations have never run smooth for long. In the 19th and early 20th centuries, Iran was divided into British and Russian zones of political and economic influence. The fall of the Russian monarchy in 1917 and the ascension of the Bolsheviks, who rejected the tsarist imperialist heritage, raised hopes in Iran that Russia would cease to threaten Persian independence.

Although Reza Shah Pahlavi crushed the Iranian revolutionary movement in the province of Gilan, in February 1921 Iran and Soviet Russia signed a friendship treaty setting out a basis for future bilateral relations. The Soviet authorities always presented this as one of the first ‘fair and honest’ accords between Iran and a major power. The treaty revoked all the concessions and conventions that had linked Iran to the tsarist regime, and Russia even transferred to the Iranian government, without demanding any compensation, all the property and assets that Russia had held in Iran. But articles 5 and 6 stipulated that, if Iranian territory was used by a power that threatened its security, the Soviet Union could invade Iran in order to defend itself.

In August 1941 the Soviet Union and UK launched military operations against Iran. The official pretext was Reza Shah’s refusal to expel German nationals, but in reality they feared Iran would join the war on the side of the Axis powers and were protecting their interests: the oil deposits belonging to the Anglo-Iranian Oil Company and the security of the ‘Persian corridor’, which allowed the US to supply the Soviet Union with military equipment and materials. Reza Shah’s abdication in favour of his son Mohammad Reza in September 1941 brought Iran into the Allied camp and secured its place among the victors.

After the war, Iran saw the Soviet Union as a greater threat than the West. The Red Army maintained a presence in northern Iran even after the end of the conflict, and supported the establishment of the short-lived (...)