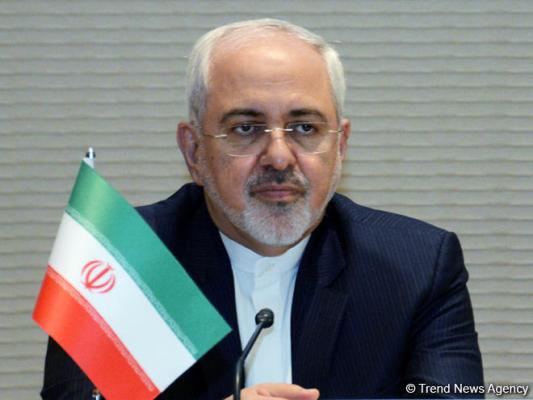 Iranian Foreign Minister Mohammad Javad Zarif and his Russian counterpart Sergei Lavrov met on April 28 in Moscow on the sidelines of the trilateral meeting of Russian, Iranian and Turkish foreign ministers on Syria.

During the meeting, Zarif hailed the cooperation between Iran and Russia in fight against terrorism in the region, the Iranian state-run IRINN TV reported.

Zarif also referred to the sides' cooperation in the Caspian Sea, saying the cooperation is this regard is very important for Iran, in order to make sure that the Caspian will remain the sea of peace and friendship among the neighboring countries.

The top Iranian diplomat further praised Russia for its support for Iran on international area, in particular, in implementation of the nuclear deal reached between Tehran and the six world powers in 2015.

“Given the improper predictions made by some parties to JCPOA (Joint Comprehensive Plan of Action aka nuclear deal), our consultations and talks in this regard will be very important and fruitful,” Zarif said.

He also noted that Iran seeks to boost bilateral economic ties with Russia.

Mutual ties, in particular the banking relations, as well as cooperation in various regional and international issues and the latest developments in Syria were discussed during the meeting.

The previous negotiations between the top diplomats of the three countries acting as guarantors of the Syrian ceasefire were held in Astana on March 16.

The talks in Astana have been going on in tandem with another series of talks held in Geneva, brokered by the UN. Previous rounds of negotiations under the auspices of the UN over the past five years have failed to achieve tangible results.

Earlier Zarif said that Iran, Russia and Turkey are working to further expand the four de-escalation zones created in Syria as part of the ongoing peace process.