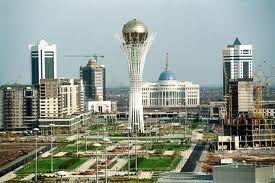 The first investment forum of the Saryarka district of Astana was organized in the capital of Kazakhstan on April 27 within the framework of the 20th anniversary of Astana by the akimat (administration) of the Saryarka district with the assistance of the investment center Astana Invest, the official website of the Prime Minister of Kazakhstan reported.

The forum provided an opportunity for potential investors to get acquainted with the investment proposals of the Saryrka district, as well as with the priority areas of investing in the city. A database on more than 100 land plots and unfinished facilities was presented, as well as information on other projects requiring investments. On the platform of the forum, an interactive dialogue took place in three thematic areas: "renovation and construction", "smart city with elements of digitalization", and "SMEs and a new economy: creative capital and territorial development of the district".

Among more than 300 participants of the forum were investors from France, Germany, Turkey, Canada, China, Russia, Belarus, Ukraine, as well as domestic entrepreneurs and investment companies.

Following the event, 11 documents were signed for the amount of about $100 million.

Among others, a memorandum of understanding was signed between the Office of the Akim of the Saryarka district, NC SEC Astana and LLP City Box on the construction of a pedestrian boulevard in the district.

Also, a memorandum on cooperation was signed between the Office of the Akim of the Saryarka district and the company DUOL (Slovenia) on the construction of football fields.

The Saryarka district accounts for 25% of all tax revenues to the local budget of Astana.

source: The Times  Of Central Asia