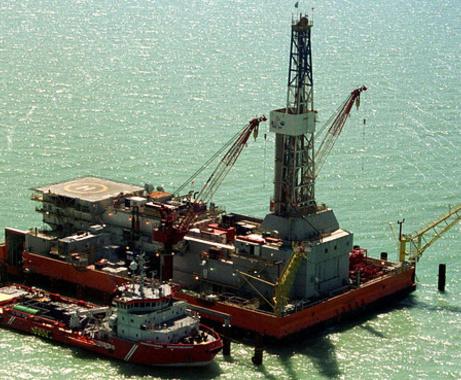 Kazakhstan, a major oil producer in the Central Asia is keen to resume oil production in the Kashagan oil field in fall of 2016, stated the Caspian Pipeline Consortium (CTC), a pipeline system that was planned to transport Caspian oil from this field to Novorossiysk, Black Sea.

The Kashagan field is located in the northern part of the Kazakh sector of the Caspian Sea. Oil production in this field was launched in September of 2013. Prior to this, the beginning of the field development work was postponed several times since 2005.

The production was stopped due to the detection of gas leaks in one of the main pipelines in October 2013. The analysis conducted for several months revealed the presence of numerous micro cracks in the pipeline which was emerged as a result of exposure of the metal to the associated gas with high sulfur content.

Following the restart of the oil field, the commercial production can reach 75,000 barrels of oil per day in 1.5 months, Deputy Energy Minister of Kazakhstan Uzakbai Karabalin said earlier.

However, many analysts believe that oil production in the Kashagan field will be unprofitable due to low crude prices in the market.

Kazakhstan also has filed a $1.6 billion claim against a group led by BG Group Plc and Eni SpA which is developing the Karachaganak gas condensate field, Russian company Lukoil said in its IFRS report for 2015, which is one of the shareholders of this deposit.

The dispute is related to the formula for cost recovery and calculation index in the final production sharing agreement (PSA) on the Karachaganak field.

Currently, negotiations are held on peaceful settlement of the dispute, the report says.

The Karachaganak field is located in the west of Kazakhstan and has 1.2 billion tons of oil reserves and over 1.35 trillion cubic meters of gas. It is one of the world's largest oil and gas fields.

Almost 45 percent of gas and 16 percent of all liquid hydrocarbons produced in Kazakhstan account for Karachaganak.

Karachaganak Petroleum Operating (KPO) under BG Group which is part of Royal Dutch Shell (29.25 percent), Eni (29,25 percent), Chevron (18 per cent), LUKOIL (13.5 percent) and KazMunayGas (10 percent) have been engaged in the development of this fields.

Leaders of Russia, Iran, Azerbaijan to discuss North-South transport project on August 8 The project will be a great contribution to ...