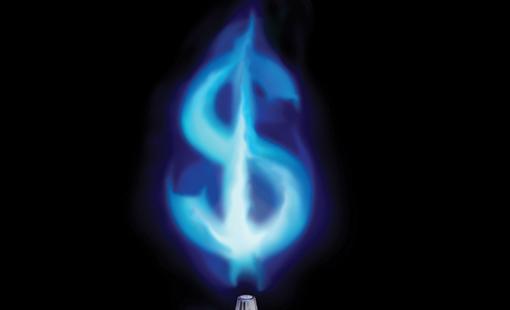 Despite skepticism of some experts regarding the progress of construction of the Turkmenistan-Afghanistan-Pakistan-India (TAPI) gas pipeline project, which dates back to 2010, the deal started rolling.

"This can be considered a breakthrough and a good incentive for further optimism and necessary work - now from the Turkmen-Afghan border and further," said a Turkmen economist on the condition of anonymity.

The matter rests in the fact that on December 13, 2015 the construction of a 200-kilometer Turkmen section of the interstate pipeline began, and Turkmengaz builds this section at the expense of its own funds and efforts.

Welding has already started in this section.

Now the shareholders of the TAPI Pipeline Company Limited agreed to invest $200 million together into this regional an ambitious project that aims to cover the growing energy consumption in India and Pakistan, where the need in energy could rise twice by 2030, as well as to facilitate the energy resources shortage in the transit country of Afghanistan.

It is expected that the first payments will be spent on development work.
All this will allow carrying out studies to assess the location of the

future route, environmental risks and help to identify the final amount of funds needed for the project. Now these figures vary in the range from $7 billion to $10 billion.

It is planned that the total length of the TAPI pipeline will be 1,814 kilometers. Some 214 kilometers will pass through the territory of Turkmenistan, 774 kilometers - Afghanistan, 826 kilometers - Pakistan up to Fazilka settlement on the border with India.

The pipeline is to run from Galkynysh - the largest gas field in Turkmenistan - the through the Afghan cities of Herat and Kandahar, and finally reach the Fazilka township located near the India-Pakistan border.

The annual capacity of the gas pipeline will be 33 billion cubic meters.

It is planned to commission the TAPI gas pipeline, including the supporting ground infrastructure, in December 2019.

The Asian Development Bank (ADB), which promotes the TAPI as transaction advisor of the project, wrote earlier that following difficult negotiations, the gas pipeline which will connect one of the largest energy suppliers of the Central Asia with the South Asian market, which is in a critical need of energy, is a step away from reality.

In October 2015, the ADB management reported that the bank can act as one of the TAPI investors and isn't confined to financing only, but also will assist in attracting credit sides, as well as in attracting other funding and investors.

The ADB, as it was stated, can act as a guarantor as well before the financing parties. It is known that Ashgabat suggested to the Islamic Development Bank (IDB) to participate in this project as well.

In an interview with Neutral Turkmenistan newspaper, O'Sullivan said that in the next two years, the bank is ready to open a credit line worth $1 billion for Turkmenistan to develop railway corridors, generate and supply electricity.

At the same time, the external observers pay attention to the fact that a tense situation in Afghanistan can interfere with this grand project. In this regard, Ashgabat repeatedly expressed its willingness to host the talks under the UN auspices to restore peace in Afghanistan.

As for ensuring safety of the pipeline, particularly, in Afghanistan, Daniel Rosenblum, US deputy assistant secretary of state for Central Asia, said that a lot of examples can be cited when not only the pipelines but also the power lines and other energy infrastructure were stretching through the quite problematic areas.

The issue of security was also very sensitive in those areas, Rosenblum made this statement while speaking at the oil and gas conference in Ashgabat in November 2015.

"The ways were found to ensure security of this infrastructure," the US diplomat said. "They can work."

"So, I think, ultimately the participants in the project, the countries and governments and private investors, will find a way to ensure security," he added. "It might not be easy, but they will find a way."

Turkmenistan is currently supplying gas to China and Iran. Russian Gazprom company, traditional importer of Turkmen gas, in early 2016 unilaterally declared the termination of a long-term contract signed in 2003.

At present, Turkmenistan and the EU are negotiating on gas cooperation prospects. The Southern Gas Corridor, including a project of the Trans-Caspian gas pipeline, remains a priority for Brussels.

The project of laying a 300-kilometer gas pipeline through the Caspian Sea to Azerbaijan's coast is optimal for supplying Turkmen resources to the European market. Then the Turkmen fuel can be supplied to Turkey, bordering with the European countries.

THE HISTORY OF THE CASPIAN SEA

The Caspian Sea is situated on the border of Europe and Asia. It is bordered with the Russian Federation, ...